Hardware How to unbrick a Wii with a teensy 2 ++ programmer?

Unit is green light only no bootmii or priiloader installed.
Reactions: Adr990 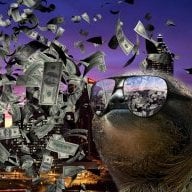 I was reading up on this about a year ago and also attempted it, but I didn't revive the non-booting wii, if it was because I i failed or if something else was the cause of no TV-signal, I don't know.

The procedure involves quite alot of work, and well not alot of up to date guides/mixing a few.
So every Wii nand is signed by per console keys, thus you can't just hook up a teensy or any other nand-programmer and just flash some random nand-backup, or even a fresh one created as it will need to be signed by your consoles per-console key. So if you already have them dumped, okay just build a new nand with Ohneswanzenegger. Then you could encrypt with your keys and flash that nand.bin.

Assuming you don't have the Per-console keys, then this gets trickier.
1) You need to have a wii made before mid 2008, which allows bootmii as boot2 to be installed. If your console is made after that, well then you have a bricked console, nothing to ever do about it.
2) If you're able to install bootmii as boot2, then you dump your bricked consoles nand, on the PC you install bootmii in that nanddump, then reflash it. From bootmii you dump the nand and keys. And now rebuild your nand and flash it with bootmii
Last edited by Litle_Bird, Oct 8, 2018
Reactions: Adr990

@ Veho: I would LOVE to try some that mythical Taco Bell that destroys every digestive tract. 1 minute ago
Chat 2