Hardware Xbox One controller to Wii Remote (Read On) 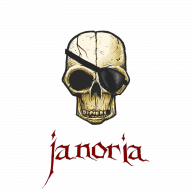 G'day guys! I'm looking at getting my xbox one controller to work as a Wii remote. But here's the kicker. I have a Wii U, and i want to be able to go from the Wii U, to vWii (Virtual Wii).

is it possible? If not... are there any good and decent places to get a wii remote? all the places i've been searching have been costing me well over 40 AUD$.

btw I would not recommend the cheap knockoff controllers going on ebay for ~$40, as I recently bought this fake remote+nunchuk and this fake pro controller and found they are not of acceptable quality. Basically the analogue sticks on them are super sensitive and function more like a digital d-pad (very little 'analogueness' to them) which makes it extremely difficult to do for example a slow walk with Mario or Link. Also the remote motion is very jittery and high latency (not sure if the genuine remote is like that too, tried playing around with the sensitivity and sensor bar position and above/below setting, to no effect).

The cheapest I could find on a genuine wii remote + nunchuk was here and here . The official Pro controllers are nowhere to be found brand new, so I got one preowned from ebgames.
Last edited by NoobletCheese, Sep 7, 2018

So I got the genuine Wii Remote Plus today and had some time to compare vs the fake ebay remote. There are some significant differences:

1. The fake has added input latency. I would estimate somewhere in the range of 50-100ms compared to the genuine remote, just going by subjective feel of moving both cursors around on screen simultaneously.
2. The fake has higher motion sensitivity (small motions at the remote produce more cursor movement on screen).
3. The fake has slightly more jitter (however the genuine still has a fair amount of jitter too). By jitter I mean the cursor stuttering or dropping frames when moved across the screen at a constant velocity.
4. The fake is much more resilient to interference from other light sources in the room. With the genuine remote, I have to close all blinds and curtains in the room to get anything usable out of it, regardless of the IR sensitivity setting.

- 4 is extremely disappointing. This basically means the Wii U is not playable during the day. I am not interested in shutting myself in a dark room during the day!
- The combination of 1 and 2 is what kills the fake remote. If it was just 1 or just 2 alone, it might be tolerable

edit: regarding 4, I thought a possible cause might be a stronger IR filter on the fake remote, so I tried placing its filter over the top of the genuine remote, to no effect.
Last edited by NoobletCheese, Sep 8, 2018

Homebrew PS Remote Play on Wii U is possible ?

Hardware Connecting Xbox One S controller to Wii U?