Chief Editor
Jun 12, 2022 at 5:50 PM
4,254 41 13
The Summer of game announcements continues, with one of the big three taking the stage today. Xbox, and their fairly recent subsidiary, Bethesda, will be hosting a 90-minute showcase of first-party and third-party games for Windows and Xbox. Let's see what they've got planned for their audience, when the show kicks off at 12pm CST, or in 10 minutes after the posting of this thread. You can watch live, above, or stick around and refresh to see the announcements as they happen live.

Arkane Austin is first up with a game about an island full of vampires. There's different characters with different playstyles. This is the co-op open world shooter we saw last year. The zombies have different powers to try to kill you with, too. There's a singleplayer mode if you wanna go it alone, too. Redfall is coming to Xbox and PC in 2023.

Hollow Knight: Silksong is the next game. Finally some news on the game, and we get to see some gameplay. Heads to Game Pass on day 1, but no release timeframe.


Console launch exclusivity for this new game. It comes from the Rick and Morty writers. Lots of freaky aliens to kill with even freakier guns that talk back. It's called High On Life. October 2022.

Now we have a host, hyping up what Xbox and Bethesda have in store. Sounds like Starfield will be shown. All of these previous games so far will be day 1 additions to Game Pass.

Riot Games is bringing their games to Game Pass. League of Legends, with all champions unlocked. League of Legends Windrift, Legends of Runeterra, Teamfight Tactics and Valorant all shown as part of this deal. Some will come with XP bonuses or rosters unlocked for a time.

Next is A Plague Tale Requiem, coming to Xbox and PC later this year.

One of the flying vehicles from Halo will be pilotable in Flight Sim.

Xbox Game Studios and Oxide Games have a turn based strategy game to show off. It's all about history. Ara: History Untold. Coming to Steam and PC Game Pass.

Pete Hines is here for Bethesda.

The Elder Scrolls Online gets a new expansion called High Isle, coming to Xbox next week. June 21 for Xbox and PC.

Fallout is turning 25 this year. The Pitt is back in the latest expansion for Fallout 76. Releases this September.

Starfield is gonna be shown later. Not now, though. Also, that's all for Fallout.

Forza Horizon 5 flaunts its playerbase and success. So now it's time to get Hot Wheels DLC. July 19th.


Scorn is out October 21, seems to be a horror-themed game.

You've got an axe and gun, and can fly for short periods of time with the help of a cute animal creature in this game. Flintlock: The Siege of Dawn, coming early 2023 for Xbox and PC.


It's Mojang's turn. It's Minecraft, whatever it is. Looks to be the rumored RTS. Minecraft Legends, action strategy game, coming next year.

There's farming, harvesting, and a helpful mech in this. Light Year Frontier, 2023.

Roguelite action, cats, and more in Gunefire Reborn, out this October.

A guy is exploring a creepy mansion in this game. 2D action. You go through your dead father's memories to find out what happened to him, while fighting demons. The Last Case of Benedict Fox, out next year.

As Dusk Falls is designed to be like a TV show in a game. It's interactive, and described as a thought-provoking experience. You're on a road trip, and dramatic events happen. Branching paths in the story depending on your choices. July 19, has up to 8-player multiplayer somehow.

Naraka Bladepoint is coming to Xbox. It's getting a new campaign mode. June 23.

Here, we have a medieval game, described as a narrative adventure. It's made by Obsidian. Pentiment. November this year.


Obsidian is also still working on Grounded, their game about kids turning into bug-sized creatures and crafting and surviving. The game is leaving early access. September 2022.

Forbidden secrets and rituals are happening in this game. You are a necromancer. It's Diablo IV. Classes are shown together hanging around a campfire, with the reveal that necromancer is the fifth and final class. The game is on Xbox. The character creator is more detailed. There's an open world, so you can go to any dungeon you want. You can clear places out, and they'll become friendly towns. There's events that happen as you travel across the world, and they take a lot of people to beat. There's PVP zones. When you kill enough people, you'll drop a ton of loot and people will be incentivized to take you down. Lots of endgame content. 2023.


Sea of Thieves is still going. You can customize your own ship and decorate it. You can become a pirate captain. Season 7 kicks off July 21.

A little kid fights a giant mushroom beast in this one. Ravenlok, 2023. Lots of weird looking large bosses.

Koei Tecmo and Team Ninja are here to reveal Wo Long: Fallen Dynasty, out in early 2023. There's sword fighting and general samurai-y stuff.


Phil wants more Japanese games on Xbox. So they're bringing...

Persona 3: Portable, Persona 4 Golden and Persona 5 Royal. October 21 for P5R. All are coming to Windows and Xbox.

Kojima is here...to reveal that he's working on a game at Xbox Game Studios. But we don't know what yet.

Why not the actually good Persona game? P4G for Game Pass pls (:
Reactions: draftguy and xoINARIox 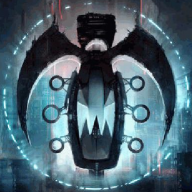 The first game is called Redfall. 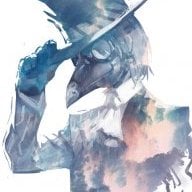 They will show persona 5.

Only High on Life and the new Plague Tale so far for me.

So far too much woke garbage and no games

OW2 free to play? pretty sure that won't even save the IP

No sir, I lmao at you.
Reactions: KingVamp

Valwinz said:
So far too much woke garbage and no games
Click to expand...

antiNT said:
They will show persona 5.
Click to expand...

i really hope they made p3p HD and isn't just a damn 1:1 port

was that a facehugger? lol jk 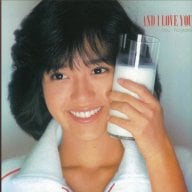 I hope they release all of these physically for ps5. I like collecting em

Finally they put the anime RPGs on the Xbox, the audience for that must be huge

CeeDee said:
Finally they put the anime RPGs on the Xbox, the audience for that must be huge
Click to expand...

I mean... They're on PC too
Reactions: 64bitmodels