Hey all
I have a question.

I've come to the decision that I'm not updating my HW44 AK2i to the latest compatible firmware (which I'm aware is not the actual current firmware) so it's just going to stay as a Danny Phantom card from one of the first rom bootloader hacks. It still works on my DSi which I will not update either.

However, I bought a Supercard DSTwo for myself so I can run it on both my DSi and my 3DS, as well as play GBA games on it. I only have one microSD card, an 8gb one with about half of it empty. I have another microSD coming in the mail, but that's for a friend of mine and I can't afford to buy another.

I am wondering if it is possible to run two different firmwares without clashing on the same MicroSD card, and how I would go about doing so. Would all the firmware files for both have to be in the root of the card? Ultimately, I just want to be able to swap out my microSD and choose whether I want to play it in my old AK2i or my SCDStwo. Just in case either card fails, I also want to have a backup way of playing my NES games, GB/GBC and NDS ones on the console and not on the computer.

(Editing the useless info out, keeping the meat of the topic for archive purposes.)

Should work just fine, they don't use the same names for files.

Thanks! I got my friend's AK2i updated successfully and it's now compatible with his 3DS. I'll be paying attention to the scene, so I will let him know when he's okay to update, and he knows not to update his 3DS right away when a new firmware is released.

I also want to double check before I tell him, because i've heard mixed results. Is the sword game bootloader hack compatible with the newest 3DS firmware? I don't want to deny him an update if the card will work with it.

Well I have done it with my Acekard 2i and EDGE so I assume what you are trying to do will work.

To your 2nd query, Acekard's update seems to be usable on the updated 3DS AFAIK. 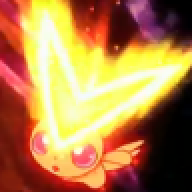 I had an old clone R4 rip off & an AceKard 2i. Used both system files for each flash cart on microSD. Worked fine, as long as they aren't the same names I guess it should read fine.

Nintendo DS Jan 26, 2022
CLDavi
C
C
Misc Others What should I install on my DSTT card?