The study has now closed. Thank you to everyone who took part
Last edited by lwxrp3, Oct 25, 2015
Reactions: viral777

This is about that 'No Russian' mission isn't it?

Never has that smiley had more relevance

You can reply to posts, that's not thread bumping. Thread bumping is when you make a useless post (like just saying "bump" or "please") that's only meant to push the thread to the top of view list. Replying to questions and stuff is totally fine

I'll have to see this when I get out of work

This is about that 'No Russian' mission isn't it?

Never has that smiley had more relevance
Click to expand...

you need to have played the video game "Call of Duty Modern Warfare: 2" and be able to comment on your experiences of the campaign "No Russian".
Click to expand...

dead on, there's a quote from the study.

I never played the campaign so it booted me from the study.

I tried to do the survey..but it got VERY repetitive.. Asking the same question 4 or so times, just wording it differently.

I can't enter the survey since I've never played call of duty.
But I just wanted to say that I did indeed authorize this, and I appreciate the fact that OP contacted me prior to posting (even though it probably wasn't necessary )
N

A couple criticisms about the study:

On the numbered portion (the first one), when you have to select a number to represent how you feel about different aspects relating to why you play video games, many of the options become redundant a third of the way down. If I answered one way about the concept of meeting or talking to new people, I'm not going to answer differently the next time it comes up under slightly different wording while still asking what is essentially the same question. As well, based on the prior questions, aspects of this portion feel like they may be leading the participant, especially with things along the lines of wanting to do these things you do in video games. On one hand, someone may feel they need to answer that with a number lower on the scale because even if anonymous, they don't want to make it seem like they're agreeing that they played No Russian because they wanted to shoot unarmed civilians that posed no threat to them.

Okay, after doing part two of the numbers, this whole thing has huge issues with redundancy. Asking me the same question multiple different ways, especially when I recognize you're asking me the same question multiple different ways, is just annoying to the person opting to take part. After all, it isn't as if me answering your slightly differently worded question is going to change much on a five number scale. At best, you'll see some slight fluctuation from people just getting annoyed and picking a number so they can move on. When a 20 minute survey could be trimmed down to more like 12 minutes and I can see that, I have a hard time being motivated to go to the end, and I'm sure others feel the same way.

Really, do read through your survey really carefully next time, and maybe even do it yourself so that you can get a feel for how the person taking your survey will react to the more redundant questions. I don't even think you having made this survey could get through this whole thing without wondering why some of the survey feels genuinely useless.

Edit: Okay, having finished it, I will say the last two rounds of questions felt a little more varied. Still not free of redundancy though. The percentage meter was also misleading, but that may be the survey site's fault.
Reactions: Minox 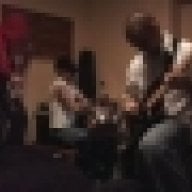 Yeah, I started the survey, but had to quit. Too many repetitive questions, plus I was at school. For what it's worth, when I played that game I shot the civilians. Why? Because I imagined failing the level if I didn't play the part of the terrorist. Like, they would notice I wasn't participating and kill me. I also played that level subsequent times without killing anyone, or attempting to kill the terrorist, just for fun. There's that word. Fun. It's just a game to me. I'm in my living room controlling some moving pictures on a screen. The shock value is nice, but I don't think the game pushed any envelopes concerning gore or ethics, at least not to someone who plays those kinds of games already. I'm pretty sure the majority of people can separate the game from the reality. Plus, if, for instance, the entire game was just killing civilians in an airport, it'd be a pretty boring game. Even with a point system or some such thing. I perhaps thought that the actions of the character in the game were pretty f'ed up, and that it would be a desperate attempt to infiltrate a terrorist organization. It seems like so long ago... Anyway, it's the same reason I always wish they'd include children in games like GTA and such. Realism. Of course there'd be children in an airport. Babies as well. Smashing through a stroller in a semi truck in GTA isn't really hurting anyone. I don't want to do it in real life. I don't think that I'm the character in the game. It would just lend a bit more realism to the game. There'd be times when the baby is flying through the air and the mother is running after it that I'd think how senseless and horrible the situation is, but that thought would be overshadowed by the fact it's just some pixels displaying various patterns on a tv. And some crying. It's fake though. Sorry I didn't finish the survey.

The questions are very reminiscent of personality quizzes given to people who are being diagnosed with mental illness or instability (which I've taken before), though not structured in the same way. They're not the same questions worded differently, they're different questions with subtle changes to reflect things like kind of control you relish to where you draw the line in terms of violence or quarrels and other subjects. If you decide to take the questionnaire, take these seriously and answer honestly otherwise the results will be skewed.

As for me, my decision to discharge my weapon into a crowd of civilians was because I couldn't see an ammo count, and if I'm gonna have infinite ammo, I'm gonna damn well use it.

how's the survey going so far?

Survey seemed a bit flawed out the outset -- I had missed most things, or possibly forgotten about them, and thus only had the warning at the start. As most COD games seem to flit between slightly zanier than Team America and slightly less.

I also will have to join Sterling in noting it being a slightly retooled diagnostics manual. Likewise I am usually of two minds about a lot of those -- if I am in the country and someone is being friendly it is because I am in the country, if it is in a city then it is because they are about to try to mug me, about to sell me something or, very occasionally, because they want to sleep with me (and that is usually a bars, pubs and festivals type thing).
Reactions: Sterling

Survey is con paid survey don't do it

Haven't finished the survey but it gave me the realization that I was 13 years old when MW2 came out and I played it about release time. 4-5 years have really flown by.
I'm 18 now...