Team Maximus has release a new product which will allow you to but not limited to : Update the Drive Firmware anytime using Maximus Lizard or a PC with Jungle Flasher,Rip ISO's using Xkey Gecko or X360usbpro v1 or v2.​

A Stealth Eject feature can be added which allows you to boot your games stored on HDD and remove the DVD after booting (For using on several consoles with only 1 disc). In order to use the bonus feature, one wire is required to be soldered but its totally optional​

What Maximus say: Weve made the BlackJack with simplicity in mind!
its plug and play install so you'll never have to open your console again.​ 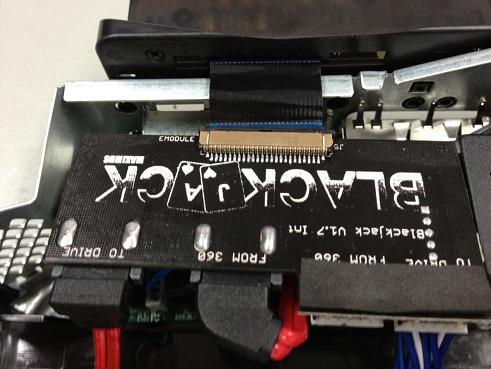 Just in case anyone's wondering it is currently out, and retails for $44.95. At least over at the ModChipCentral website. Haven't bother to check anywhere else.

Computer Technology and Gaming Nov 16, 2022
Kirkbdz
K
B
Hacking How to get aurora launching from HDD instead of Nand

@ M4x1mumReZ: I get what you're saying. Something along the lines of this. A moment ago
Chat 0