Hacking Will new DSi colours be released in Europa? 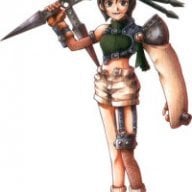 I have been scouring the internet for information on new DSi colours to be released in Europe. But thus far have found nothing.

Does anyone know anything more about this? I mean just normal DSi's, not the XL's (LL's) as I am sure new colours for these will be released over the next few months.

I was looking at getting a Lime Green DSi somepoint within the next few months and may order one from Japan, but I was just curious is there were any plans to release more colours over here?