I was having an argument with my friend, about how it would be impossible to emualte the XBOX 360 on to the PS2 yes PS2 he thinks its possible to play gears of war on his ps2 if he can "make" a 360 emulator for his I told him it was impossible! Then felt like hitting him.

Yea I laughed to but he was actually serious, he thinks if he gets a better graphics car, and finds a way to change the 360 controller settings then he can do it.

Could someone to explain to me why its impossible to emulate the 360 on a ps2 please I dont know the specifics but in order to have any sort of emulator, the operating system must be at least 4x better.
A

You didnt have to create a new topic... just use your common sense.

How can a PS2 with less than 1gh processor and alot worse graphics card emulate 360???!??


Not only that... come one I could tell billion reasons. SHort answer "USE YOUR COMMON SENSE!".

Tell your friend good luck on his project, if he manages it I will give him a million dollars.

Yes, all he has to do is completely strip out the inside of the PS2 and shove the insides of the 360 in.

Tell him its possible and let him try to figure out a way of making a 360 emulator for the PS2.

jumpman17 said:
Yes, all he has to do is completely strip out the inside of the PS2 and shove the insides of the 360 in.
Click to expand...

This is what he'll probably end up doing. I've seen a 360 controller in a ps3 controller so why not the console?
B 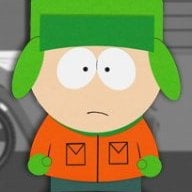 Guys, we are going to look bad if he will make xbox360 ELF emulator (version alpha) next week

Gagarin said:
Guys, we are going to look bad if he will make xbox360 ELF emulator (version alpha) next week

But it isn't possible.

@ AncientBoi: My childhood was fun then. Sad when his family moved tho 14 minutes ago
Chat 2