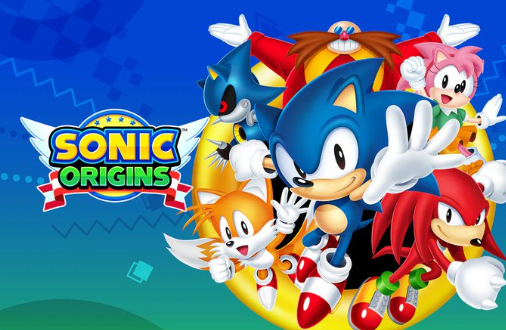 SEGA can't seem to keep a lid on Sonic Origins. The upcoming game snuck onto the South Korean ratings board, then had its boxart pop up on the PlayStation Network, and now Australian PlayStation players can access what appears to be an accidental posting of the game's store listing.

In the listing, we've learned that Sonic Origins will offer two different ways to play the classic 16-bit era Sonic games: Classic Mode, which is exactly how the games looked in 4:3 aspect ratio and played, utilizing a lives system, on the Sega Genesis, and Anniversary Mode, an updated take on the games, with a 16:9 widescreen mode and removal of any risk of game overs.

There are also coins to be earned by completing missions, which will apparently unlock Special Stages, new animation intros for each of the games, and most interestingly, "new content". Sonic Origins will have a PlayStation 5 release, and currently has no exact launch date.

SEGA has finally given Sonic Origins a release date. A PR email from the company revealed that the game will be heading to PlayStation 5, PlayStation 4, Xbox Series X|S, Xbox One, Nintendo Switch, and PC on June 23rd--Sonic's birthday--for £32.99. Multiple editions of the game will be available: if you pre-order Sonic Origins, you'll get mirror mode, 100 medalions, and a letter box with a Sega Genesis pattern. The digital deluxe version will get you difficult missions, characters in the main menu, island camera on the main menu, and exclusive tracks from the classic games, with most of those features left unexplained.


Burbank, California — April 20, 2022 — Sonic fans, get ready to experience the classic Sonic the Hedgehog™ games like never before! Sonic Origins is an all-new multi-game collection reintroducing the fan-favourite 2D Sonic titles that were originally released on the SEGA Genesis/Mega Drive platform - Sonic The Hedgehog 1, 2, Sonic 3 & Knuckles and Sonic CD, digitally remastered for current generation platforms. Developed by SEGA®, Sonic Origins delivers the legendary, non-stop Sonic action found in the original games, while providing a fresh twist with remastered visuals, added features, new content and modes and more. The compilation of titles included in Sonic Origins is set to release digitally on Sonic’s birthday, June 23, 2022, starting at £32.99 on PlayStation®5, PlayStation®4, Xbox Series X|S, Xbox One, the Nintendo Switch™ family of systems and PC. Today, Sonic fans can pre-order Sonic Origins and get access to exclusive pre-order incentives.

To accompany the news, SEGA has debuted a new trailer providing fans with a look into what’s to come this summer. Take a trip down memory lane and experience the beginnings of Sonic in the all-new trailer for Sonic Origins here.
Click to expand...

Source
Reactions: hug0-a7x, ov3rkill, Vorde and 17 others
Click to expand...

Marc_LFD said:
After playing Sonic 2 on PS4's Genesis Classics Collection it made me realize how much this needs to be released. The Genesis Collection is nice, but the input lag kills it for me.

For the love of God, Sega, don't fuck it up again.
Click to expand...

Sonic Origins uses the Retro Engine from Sonic CD 2011 and Sonic Mania instead of emulation so hopefully issues such as in the horrid running Sega Genesis Classics will be gone. Although when the FF Pixel Remasters went to Unity, it really just introduced a host of new bugs in every single game.
Reactions: Marc_LFD

Glyptofane said:
Sonic Origins uses the Retro Engine from Sonic CD 2011 and Sonic Mania instead of emulation so hopefully issues such as in the horrid running Sega Genesis Classics will be gone. Although when the FF Pixel Remasters went to Unity, it really just introduced a host of new bugs in every single game.
Click to expand...

That's so good to know because it confirms it'll be the definitive from this point on.

You know, even with the standard speed Sonic 1-2 Genesis felt slow for me, but with this upgrade it'll finally feel like he's as fast as he's meant to.

@ Tom Bombadildo: Make a thread in the relevant section, you're more likely to get an answer there 37 minutes ago
Chat 0