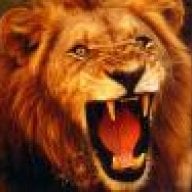 I was on youtube looking at some videos and found one from the psgroove channel saying they have released an update that works with 3.50 it was uploaded about 15 hours ago, but has been removed by youtube and so has the channel. Does anyone know anything about this or had a chance to watch the video before it was taken down?

Most likely a virus.

If you see anything that offers a virustotal.com or other scanning site link, that doesn't mean you can trust it. They'll often just upload a different file to virustotal than they actually offer up for download.

You can check it out by simply comparing filesizes, as they often don't bother even using two files of the same size. Also if you're still unsure (if the sizes match), upload it to virustotal.com and see for yourself.
O

It was indeed fake but not a virus. One of these scams where they make you fill out a survey which they get paid for and you get the real 3.50 firmware in return lol. Dont worry the perpetrator is getting hounded about it

Homebrew Youtube on Wii Revival (The channel, not WiiMC)

Homebrew We need a new YouTube for Wii U

Nintendo Wii U Saturday at 12:36 AM
TheAvacado

@ K3N1: Although the wax of a candle could probably be melted down and repurposed with a fresh wick... 49 minutes ago
Chat 1