Hey guys.
I bought this kit from ebay so that I could flash my new BenQ drive.
Following Textbook's guide from 360mods.net, I installed the card etc. hooked up my 360, created a bootable usb pen drive with iprep, took out all my HDs and burners etc. afaik everythin was ready to go.
So I reboot my PC, it boots the usb pen drive and I get as far as this screen:

I hit Y and instantly I get a code, 0x7F. No matter how many times I turn on and off the 360 this doesn't change (it should go between 0x51 and 0xD1).
It's as though it's not picking up my BenQ at all. I also got the MTK Vendor Intro Failed On Port 0xDC00 but I think thats standard as it's in the screen I posted above, taken directly from the guide.

Only thing I can think of that I may be doing wrong is I used the sata port on the back of the pci card, back of my pc. I just read it's best to use the internal port, one closest to the front of the pc. Another thing I noticed is it says not to install the RAID tools with hardware wizard when installing the pci sata card. Not sure whether I have or not.

Any help/advice much appreciated. So close, yet so far 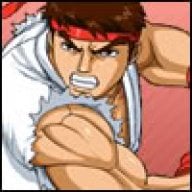 The person in this thread had the same problem:
http://www.360mods.net/Forums/viewtopic/t=6266.html

Maybe the replies from there can help you;

mikearama said:
The only time I experienced 0x7F was if I had my two other cd/dvd drives in my PC... try removing all other cd/dvd drives, and reboot. You might then get the correct values.
latonanthonyok is your sata lead put into the master port on the card?this is the one inside the computer.as in the front of the card!
Click to expand...

Yeah, I think you should use the sata port inside the computer too--not the one in the back.

That must be the prob as I have nothing else connected except my OS drive. I checked and double checked and tried it over and over and all I could see after coming to work and checking the guide again was that I used the back port, and also the RAID Tools thing.
Will try it out tonight, thanks for the reply

You could find a windows flashing guide if you keep having probs.

The jist of it is .. You boot Slax live cd with the 360 dvd rom to get it intoo read \ write mode, then reboot into windows.

There you flash it using a toolbox program you can get on irc .. EFNet , channel #fw .. i can properly send you link when i get home if you pm me.

Oh and you could disconnect your dvd rom drive, since you are using the 360 dvd rom as master to boot linux and all.

So I tried again last night, using the other port and disconnecting all drives, burners, everything except the sata pci card and my usb drive.
Still no luck, same error 0x7F.
Today I sent my drive to my friend to flash as this was driving me nuts. 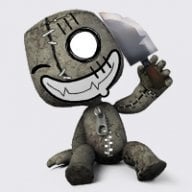 Would rather have a cup of Tea!

I had similar probs with a benq as you, Ive done countless Samsungs MS25 and MS28 and also a few hitachis but the benq refused to work

Thats why I use Dosflash32 to flash my BenQ, avoids all the DOS headaches. I've done 4 of them and all have taken less than 5 minutes to flash.

Well I'm all good now thanks to djnaff (thx buddy

).
What I'm looking for now is the last dash update (fall update) with divx support etc. I read you can download from xbox.com and burn it to CDR to update however I'm having a hard time actually finding the update files...
Can anyone link me to it or point me in the right direction please!