Nintendo’s announced it sold 900k DS units and 600k Wiis during Black Friday over Thanksgiving week in the US.

The DS sales numbers are for the entire line of DS SKUs: DS Lite, DSi and DSi XL.

The company sold altogether a combined 1.5 million pieces of Wii and DS hardware over the holidays.

“U.S. shoppers bought about 9,000 Nintendo hardware systems nonstop for every hour of every day during the week of Black Friday,” said NoA president, Reggie Fils-Aime.

“For the past several years, consumers have decided that Nintendo defined both top value and all-inclusive entertainment, and that sentiment continues again at the start of this shopping season.

It’s also released special celebratory hardware bundles to celebrate the 25th anniversary of Mario on both Wii and DS.[/p]

The sells are worthy for a GameCube.

I bet Shoptemp's jazzed about that news!

Costello/Shaun dont u think u should get DSs and Wiis now? it would sell better than dingoo atleast
cant say i am surprised about the DS esp since my DS top screen and hinge just aint working (or broke) so i guess like the ps2, it needed more years (for the ppl atleast if not the producers wishes) 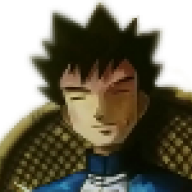 I'd just like to know who's buying the Wii nowadays. I thought everyone who wanted one owned one by now, but I suppose that's not the case.

i thought everyone has a DS already.
S

I wonder how many of those sells were actually just upgrades. PS3 and the 360 should learn from Nintendo on how to squeeze more money out of something. Like if when the slims came out if PS3 and 360 said hey all games will still play on the old hardware but they might have some extra features on the slims they might be able to get higher numbers in sells.

Also another reason the DS sells so good is that many kids parents are not together. Like my 2 kids I have them both a DS here then their mom has them a DS at her house.
M

I really want to know how many were replacements for old models, I got a DSi XL 25th mario one, on friday to replace my DSi with broken triggers.

Lol, Nintendo doesn't even stop with the rise of Kinect and Move, heck even an iPhone 4 shit, 3DS is gonna destroy the sales charts and reach many milestones in it's first week.

I've always seen piracy as a selling point for consoles. I wouldn't be surprised to see a surge in PS3 console sales.
O

I saw a guy walking around with two Wiis last Black Friday. 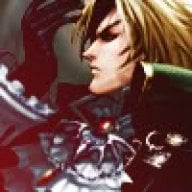 So many DS sales with the 3DS right around the corner? Kind of shocking to see.

D
Switch sales topped 830,000 over Thanksgiving week in best sales week ever in the U.S.