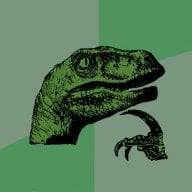 I have been using a Kosmos based emuMMC setup without a problem, but I encountered a small snag after trying to move it to a larger SD card.

First of all, I've been using my MacBook Pro for this, as my PC and/or USB microSD reader seem incompatible with a 400gb SD card using fat32. I don't think my problems are related to that, but you never know. I've also verified with F3 that the microSD card is real and doesn't have bad sectors before starting the migration.

I tried to follow the "Moving emuMMC hidden partition to a larger SD card" tutorial, but had to improvise a little. I'm hoping the current situation is salvageable, as flashing a 200gb disk image into a microSD card is really, really slow.

First I used HDD Raw Copy Tool on my PC to make a disk image of the old microSD card. I then flashed that image to the new SD card with balenaEtcher. I verified that the flash was successful, as my Switch was able to boot into emuMMC. Next I proceeded as the tutorial instructs, but only with Hard Disk Manager, as Mini Tool Partition Wizard is Windows only: I copied the hidden partition and deleted the old one. That worked perfectly, but I was unable to extend the SD card/main partition. So I instead backed up every file in that partition, deleted it, and created a new larger one. I then moved all the files I had backed up into this new partition.

Now I'm able to boot into emuMMC without a problem, but the Switch seems to be unable to find anything I had installed in the SD card partition. The games show up in the home screen and data management, but they can't be launched and their install sizes show up as 0mb. The one game I have installed on the emuMMC partition works just fine. The Switch is also able to detect the other partition, as it shows up in data management with the correct stats for free and used space, it just doesn't seem to detect the game files. If I try to look for corrupted files, the Switch recommends redownloading the game.

Would anyone have an idea on what caused this and/or how to easily fix the situation? I'm thinking of just trying to reinstall everything, but I hope there's a faster way. 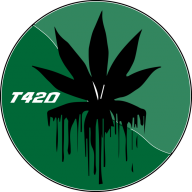 You could try this
https://gbatemp.net/threads/how-to-fix-archive-bit-for-all-sd-files-and-folders.515258/

Basically untick the Folder is ready for archiving for the folder with your games not sure if you can do it from your mac tho says you need a win pc
Last edited by Terrorize420, Sep 11, 2019

Yeah, I first thought it'd be related to that archive bit/flag, but changing them from the command line didn't help. When researching the subject I came across people saying they still had to reinstall all their games even after changing the archive bit/flag, so if that's the case I might be out of luck and the files just simply have already become corrupted.