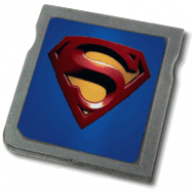 I decided to make a complete list of emmulators on DS with a link to their FileTrip download page, the author's site links and a few comments. If you like it, I will continue in this way. (I need your comments to update it.)

Missing a lot of emulators.


That's a total of 12 stickies out of the 25 topics shown per page. Just a hair under 50%.
They could all be condensed into three topics

Among the links you give, there are only two similar list. A very old list and the list of Overlord Nadrian which does not want to put all emulators. Show a little patience!
P

I hope this helps.

is this just a more organized version of an already stickied topic?

if you are collecting different data why not contact the author of the stickied topic and start a joint project? add to the list what is missing and organize it better. i'm sure something like this could be accomplished for the good of gbatemp.

to be honest i think this project should be moved to the gbatemp wiki. i would even be willing to add to the wiki if one existed, as i am pretty much the only person who posts nds homebrew news for gbatemp.

nesds:
your link is incorrect, you are pointing to neods.

after that you are still missing many files. consider moving this to a wiki project. organize it however you want, i'll help to fill in some data and make a front page post to get other members involved. if you don't wiki code, consider recruiting someone who does. i'd like to see a really pretty and well organized page that breaks up the information in tables that allow for other information as well (author, change log, file size, compatibility listings, reason for updates, homepages, reasons why projects are dead, etc).

edit : A Wiki is a good idea unless I am the only one to do it. 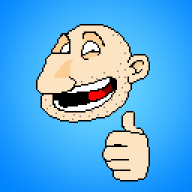 Thanks for this list!
Since you included ScummVM, you may want to add DSFrotz too, a Z-machine reimplementation.

Well, I can remove the panel "under construction". The list is complete. There are more than 60 emulators listed. I think the main emulators are all there.
I think later add some Handheld Game simulators and your comments too. 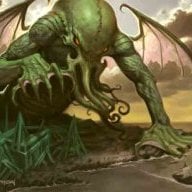 I've tried it to run some games without success except the small Demos which were included.

supercarte said:
I've tried it to run some games without success except the small Demos which were included.
Click to expand...

You need to make .JAD files from your .JAR files with JADMaker.
I ran several games, Including Super Yum Yum, Orcs and Elves (Couldn't get #2 to work though), DoomRPG, and now will be trying Wolfenstein RPG. OP, please put it on the list as it is a really neat piece of software. The 2 downsides to it, however is there is no sound, and it does not support a numeric keypad. Otherwise this is one of the neatest emulators on the DS IMO.

Ok, I understood. I unzip the class.zip file and copy the result nds/ folder to the root of flash card.
To run a game the jar+jad files are needed in same folder.

Well, this works fine for many games but without sound.

Tutorial How to convert video to .mods for Nintendo DS