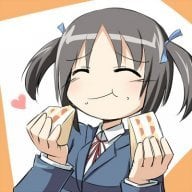 I want to update my 3.2U Wii to 4.0 without bricking it.
I was planning on installing BootMii just incase something happens.
Boot1 is only affected to newly manufactured Wiis right? I had gotten mine sometime in 2007.

Yup. Any console that can install BootMii/boot2 will be able to install it forever.

Okay thank you. And how should I update to 4.0?
I hear that updating from Nintendo is not recommended and I only want it to 4.0.

use the new dop-ios mod v8 I think just make sure you install IOS60 before installing 4.0 as you can do both with the same app

It only has good changes, unlike 4.2

I updated to 4.1 today with a method I came up with on my own:
1. Install all missing IOSes with DOP-IOS and patch the hash check (but don't update ones you already have), so you're sure you have all IOSes required for any current game or system menu.
2. Install the system menu WAD of your choice.

However, I have to warn you before you try anything - WAD Manager is NOT safe. I found this out when it failed in the middle of the installation and bricked my system menu. Luckily I had BootMii to save me, or I would have never messed around with updating the system menu unofficially in the first place.
A friend followed the same method yesterday with the same system menu WAD, and it worked fine for him. It also worked for me on the second try, so it was just a random hiccup from WAD Manager. EDIT: I made the mistake of rebooting the Wii when it failed installing the system menu wad though, so if you don't make that same mistake you would be able to just press install again and it would work

With that in mind, feel free to use the steps above as they are quite simple and probably not any less safe than Wanin's firmware updaters, although I haven't tested them myself (I'd rather not).
Just make sure that if you use any unofficial updating method, have BootMii boot2 beforehand (and a SD card that works with it)

A backup is not essential as you can just start WAD Manager from cBoot2 and reinstall the wads you need to if anything bricks, however it does make unbricking a lot easier

EDIT: Phew, that was a lot of text. There were no other posts in this topic when I started

Okay! Thanks everyone for helping, I'm going to try it now.

[Solved] Help please, my Wii is bricked. Have NAND but not Priiloader or Bootmii.