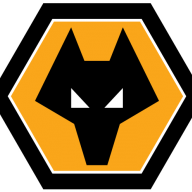 How come the wii is the only console in the world NOT to have a GTA game. ???
W

I guess writing a GTA title especially for Wii wouldn't be expected to sell well. And porting one of the new GTAs is technically impossible.

Why none of the ps2 GTAs is ported to Wii, i have no idea.

They might release a collection later if they feel like it but for now you have The Godfather:Blackhand Edition, Driver: Parallel Lines and Scarface for your open world needs.

Surprised that none of the PSP games have been ported in a compilation but I guess Take Two/Rockstar didn't think it would be profitable for them.

Rockstar would need to spend the time and resources on a new Wii game and so far not many mature Wii titles have sold that well, I can think of Resident Evil 4 & RE:UC as the only ones that sold well and they were released before the soft mods were released.

Look at GTA: China Town Wars. Huge game, lots of people wanted it and it had the best reviews of any DS game. People pirated the shit out of it & parents didn't buy it for their kids because its a mature title. Sadly for the DS its the parents that buy the bulk of the titles.

Pretty much the same for a Wii version only it'll probably sell less as there isn't as many Wii consoles out there as DS consoles. The Wii being extremely easy to play pirated games on doesn't help one bit.

Besides Godfather Wii is so much better than any 3D GTA.

The missions are far far better to play and more varied. The story is very well presented, the main difference is that its a lot more serious and less camp than GTA.

Nintendo systems (home) dont' get it because Rockstar chooses to be one of the last few companies who believe that made up Sony Media campaign of the mid90s against the N64 calling it the KIDDIE BOX with no M audience. They made it as fact in words on the Gamecube era when asked by many places since they oddly did that pretty damn good GTA Advance title but snubbed the GC. It was odd because they actually tried to rationalize the GBA as a more adult system than Nintendo home devices. Then on the Wii they've kept it up saying there's no audience despite the fact things like The Godfather sold better on Wii in the Blackhand Edition vs the HD versions...yet they put up stuff like Manhunt 2, Bully, and so on. They're just excuse making shitheads, plain and simple, accept no other excuses as they've run out. Sure it would have been a bit angering but they could have very LATE given the PS2 Trilogy pack to the Wii or even the PSP titles like Sega did when halfassing Alien Syndrome to the Wii early on.

I think I just have to edit this saying I agree by far that The Godfather on Wii (or any of them) is largely better than what GTA has done since Vice City on the PC/PS2 days. GTA is stale, same old shit, same old stages, just another coat of paint to sucker in the masses into it being 'oooh all new.' I'm done with GTA as they've bored me to death as the DS game was a snore and the drug bit was poorly done, and GTA4 was more of a GTAdaycare where you got shoveled around for hours, stuck with some semi-sims facebook bullshit with the cellphone, and takes forever to get a weapon to have it taken back after you do the stage. Combine that with wretched one sided AI where a cop could be next to you, a guy punches you and it's ok, you swing back and you get a gun pulled on your ass. Terrible game, hate the media suck-ups for 9'ing the crap out of it.
Q

Your tears. They are delicious.

@ M4x1mumReZ: @Peretti, Ask you question in the Wii section of the forum. 45 minutes ago
Chat 0