Fist_of_the_North_Star_Kens_Rage_XBOX360-CCCLX
Should be region free.

Features a local co-op mode according to http://www.co-optimus.com/game/1811/xbox-3...ken-s-rage.html .
Appeared in Japan several months back (Hokuto_Musou_JPN_XBOX360-Caravan) this is the localisation of it. The game itself is a offshoot of the dynasty/samurai/orochi/gundam warriors series and based on the manga that kicked this whole franchise off (Fist of the North Star that is).
Not sure how the DLC will work in the US and Europe but there were alt costumes, characters and the like in Japan depending on how much you were fleeced for.
Being a manga recreation (which a fair few Japanese reviews quite liked) there are a bunch of fighting styles and it has much of the refinement that the "engine" has enjoyed these last few years so it could be worth a go. Some light RPG elements should also be present in the game.
Other than that you play as some exceptionally powerful fighters and cause as much carnage to the enemies that flock around you as you can in quick succession, it got some mixed reviews in Japan (common enough for a "fan game").

Gameplay video from the Japanese release (Ken- other characters are a bit different).

I really wanna try this just because it's FotNS but I don't really like Dynasty Warriors games or the Gundam ones so I think I'll hold off for a bit, got plenty of other stuff, still playing catch up.

-EDIT-
That trailer looks good though.. 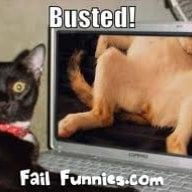 @ M4x1mumReZ: Last time I bought one, checked, out of luck A moment ago
Chat 6