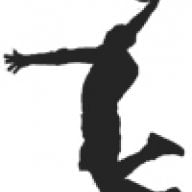 The evaluation of NES?Classic 8bit console?

Do you still remember NES?Classic 8bit console?i think most of us can find the Famicom (FC) shadow in our deep memory, there is no doubt that many many many of us have played it before in our childhood, and also many of the FC games are classic. Naturally FC console can not be replaced by any other video games. And how much more do you know about this wonderful 8bit console?

let’s take a look at some FC pictures, and know more details about it!

NES is short for Nintendo Entertainment System, it was released in July 15th 1983 by Nintendo. Commonly known as Famicom or FC?Family Computer).NES is the Europe version and FC is the Asia version. There are some famous games also…such as?Contra???Super Mario?etc.

I am not sure what the meaning of this topic is, but...

I love my NES. Got a Powerpak and have been having so much 8-Bit fun.

I still have my NES, in very good condition too. Still occasionally play games on it aswell, although I can't play duck hunt anymore because the zapper doesn't work with LCD tv's

I sold mine on Ebay a long time ago.

Schlupi said:
I am not sure what the meaning of this topic is
Click to expand...

i, too am puzzled..
Reactions: Julie_Pilgrim


Though I can NOT for the life of me ever figure out how to use game genie.
Reactions: Julie_Pilgrim
Y

what the hell is an NES
Reactions: Julie_Pilgrim

The NES emulators on my PC have all the games! And they can even be made to look better than they did on the original console, depending on your video settings.

I play a few different games on it now and then.

A couple of my friends had NES, but I never owned the official console myself.
Reactions: Julie_Pilgrim

Man I want to buy an NES...
Reactions: Julie_Pilgrim

Mine broke a long time ago. It was a sad day, but then I bought the Sega Genesis which made it all better!

Don't quite get the topic, but I loved my NES

I still play all my NES games on my flashcard and when *name retracted* and I get the money, we are going to buy a new nes on Amazon.
I wish I new what happened to my old Nes though

Still have mine tucked away in the closet with a sack full of games + my shiny gold LoZ cartridge in a plastic case. I just don't have the heart to sell it.

Video-out with a PSP+emulator's fine with me, or emulation on... not a PC, basically. 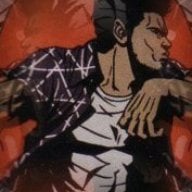 Kirby's Adventure & Super Mario Bros. 3 is all I remember from my childhood.

I remember I never really used the B button, so I always got my dad to do the flagpole at the end of the levels because he knew how to use B. >>;

I love the retro era of games....its where it all began and without we wouldn't be where we are today. I still have an nes
W

yuyuyup said:
what the hell is an NES
Click to expand...

arpeejajo said:
Mine broke a long time ago. It was a sad day, but then I bought the Sega Genesis which made it all better!

Your NES would like to have a word with you.

I really miss my NES

I usually played megaman 2 like mad haha, beat the game sooo many times

Do you appreciate game collections/compilations?

Is the Wii U the next TurboGrafx-16?