Can anyone help me find cheap prices for these parts for my laptop?

Does anyone of a good place to laptop parts for a reasonable and cheap price? I have an HP 15-da0061cl that needs a new bezel, a new screen, some hinges, a laptop cover and even a touch pad. I have been out of warranty for sometime and I cannot get my warranty renewed until I repair my machine. I could try to go to a repair shop however someone on another forum said that mit might be cheaper to repair it myself. I had installed some parts on a computer before but I never repaired a laptop and I need to find some parts to fix my machine with. With all that said, what is good place to buy laptop parts for a cheap and reasonable price?
Sort by date Sort by votes 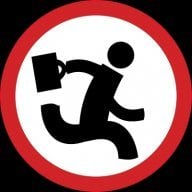 First,
Find the Repair Guide for the exact model as well as YouTube videos disassembling it.


AliExpress,
There I've found some parts for a Samsung.

Took a fan and installed, it works fine, it has 1.5 years now.


On eBay / Amazon may be something else too.

Read all, Good/Bad comments for each place/shop/part before buy.

That is a fair few parts. I would almost be tempted to scrap it, or more accurately just turn it into a very thin desktop with a mouse and whatever video out options it has. Price of a full second hand one of the same model is going to be getting there.

Trim is always going to be hard to get on the second hand market as most companies don't sell a lot of it individually. If you can fix yours somehow (polish, glue tabs on... whatever) then I would.
That said that is basically a complete screen assembly which a lot of companies are more interested in selling you than just the screen.

Touchpad is much the same, though these will often be sold separately by the company or some vendor for them. If you are good/lucky you will find the same trackpad used by another model of laptop but where I have lists of what laptop corresponds to what screen (or range of screens*) I am aware of no such thing for laptops. I would also check the manual or a disassembly video to see if it is an external touchpad or integrated into the motherboard.
I have similarly never seen an external touchpad I would want to try to crowbar into a failed one as a replacement (many internally are PS/2 or USB).
I would also note I have have several touchpads only fail in the ribbon cable connecting it to the motherboard which is tricky as a) many replacements will not include the ribbon cable (or list it separately) and b) replacement ribbons of custom sizes I have never found anywhere that will do small runs (never mind one offs). It can also be that it slipped out when someone did not assemble it back together properly.

To that end you probably want to have a search for any spares and repairs version of that laptop. Companies will often come along, strip the RAM, hard drive, battery and maybe some other bits and sell the rest on for situations like this where people want multiple bits. Water damage is another one here which is OK for plastic but might be harder for other bits -- what a spilled drink does and does not kill varies so much, have had them such that you would probably just transplant your motherboard to that and others wreck everything electrical.

*you can take this opportunity to upgrade screens to higher resolution in some cases, or at least swap from gloss to matte as your whims or wallet take you. Generally most screen replacement sellers will be more interested in the numbers on the back of the panel than the model of laptop, not least of all because laptop models might use different incompatible screens across the run. I have also found on several occasions that "replacement screen for [laptop]" costs me a notable amount more than the literal same model of screen if searching for numbers on the back of the panel, and you still get all the same alternatives. Better in more recent years but something that sticks.
Upvote 0 Downvote

Any recommended place/site to purchase individual keys for laptops?

Is there a cheap wireless gaming mouse that doesn't suck?

J
Hardware Seagate Laptop HDD - Should I worry about this?