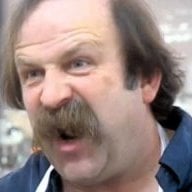 Is there a way to launch Wii games directly in Wiiu menu ?

I explain :
I've read some WIP work about FAT32 support for WiiU HDD, in order to use the same disc for Wiiu and vWii, but i found nothing about the reverse way ? (Store Wii games on the WiiU disc)

Is there some technical issues to develop a Virtual Console for Wii and use Forwarders channels in Wiiu menu ?

Sorry for my english, and if theses questions seem dumb to you

TheKitof said:
but i found nothing about the reverse way ? (Store Wii games on the WiiU disc)
Click to expand...

Wii games are expected to have 100% usage of the PowerPC processor (and IOS of the ARM), so it would be quite hard to decrypt on the fly and on demand a WFS disk
Besides, if you use a FAT32 disk for WiiU, you can "put wii games on the one used for wiiu"


TheKitof said:
Is there some technical issues to develop a Virtual Console for Wii
Click to expand...

Yes, search for "EGGS header" to find the research topic: basically, we are very close but there are a few things to figure out still, to convert iso/wbfs to a WiiU channel (the opposite is already possible)

Wii VC only emulates DVDs, not Wii digital titles.
Yes, it's possible to create an ISO-based forwarder, but as said above we can't do custom isos yet
Reactions: TheKitof

Thanks a lot ! Everything is clear now The EGGS topic is exactly what i'm looking for !

@ AncientBoi: [shoots him for having a braves jersey on] Pffffft! 31 minutes ago
Chat 0