Hacking why isnt a gba emulator on slot 1 cards possible?

i understand how gba carts have their own built in ram etc, but why cant somebody make a program that reads the rom code,
and outputs it for the ds to read, just like the nes, snes etc emulators do?
i can understand if there would be lag problems and stuff, but i just want to play rpgs and strategy games, like advance wars and golden sun.
is something like that possible?

First off, it's possible on the iPlayer.

Second, the DS doesn't have enough power alone to emulate it. The iPlayer has an on-board thing that makes it more powerful than other slot-1 carts (which makes it possible to watch .avi files on your DS). 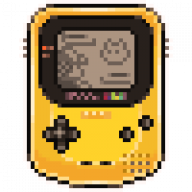 If it did their would already be one. (On regular carts)
R

What about DSi? With four times the ram?

I've heard "modes" been mentioned before, what exatly is that

No not even with the DSi. Because the DSi isn't hacked yet.
R

Um, (being an idiot) i still dont get it... we have rom cards for dsi? what do you mean by hacked and 'modes'? 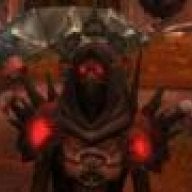 best choise is a I player or just gtetting a dingo for a few bucks more, I keep mi dingo in the pocket as a micro gba to compliment my dsi. since it fits unoticeably in my DSi carry pouch in the 3 cart storage space that i dont need since the DSi has a AK2i in it.

DSi mode is where you can play DSi-only game(s) though there's only 1 at the moment, DSiWare games which are the downloaded games, and DS games with DSi features (camera).

Right now, we can't do any of that with flash carts. Flash carts can only run DS mode, which is basically the exact same thing as running a game on the DS (no extra RAM, no camera features).

There's nothing stopping anyone from porting VBA or something. The challenge is making it run at a rate faster than 1 fps. The DS simply doesn't have the power to emulate it at a playable rate, and because of that, nobody's bothered making an emulator.

The DSi has faster hardware, but we don't have access to it yet. We only have access to the underclocked DS mode, which has the exact same limitations the DS did. Even then, I doubt a playable emulator would be possible, since I don't think the DSi is that much of a hardware upgrade.

The iPlayer has an emulator because it contains on-board hardware that is more powerful than the DSi itself, and the emulator is a port of an already-extremely-optimized emulator for the MIPS-based processor that the iPlayer has.
R

Well, how did we get ds mode to work? I'd really like to learn al about modding and, pretty much everything, but I' know it takes years of practice. *sigh* what to do...
F

DS Mode had some exploit and we used it to get in.
Nintendo learnt their lesson and now the DSi has some really heavy security.

DS mode got bypassed because the flash carts all mimic as a retail DS game (Danny Phantom). This is actually illegal however, so it's pretty risky for flash cart teams to do this.
O

wow, I got alot of info out of this, i should use gbatemp more often lol!
hey, im really hoping somebody will evrntually make one, even if the framerate is less than half speed.
i really want to get games like advance wars 2.
i hope i dont have to buy a whole new flash cart just to play dsiware!

1. You would not want to play anything at half-speed, trust me. Most people get pissed off at around 80% speed. I wouldn't settle for anything less than 95%. Plus, whoever mentioned half-speed was probably exaggerating anyways.

2. I really don't see the point of that. If a flash cart manages to crack DSi mode, it will most likely be able to play regular DS and DSi games, as well as DSiWare. Not making any promises about GBA though.

Nintendo GBA Apr 4, 2022
Alacres
A
S
Hacking Should I get a GBA x5 or a EZ Flash Omega ‘Definitive Edition’?