Hacking Which Flashcart for my Grandparents?

Hey all.
So my extended family and I are all together getting a Nintendo DSi XL for my grandparents for Christmas. I'm looking to get them a flashcart (I personally use R4 with the Wood firmware, haven't used anything else so im not sure on other carts).

They are fairly tech savvy for grandparents so they can figure stuff out pretty quickly but i'm still going to set it all up for them.
My question is what card should I get?
I have to consider these factors:
Simplicity to get a game running.
Compatibility with games (90% will be puzzle games)
WiFi isnt an issue

It doesn't need the most features like RTS and Half Speed. All it needs to do is launch the games correctly.

So which one do you guys recommend? If I could, i would have bought them an R4 and chucked Wood on there but obviously the R4 isn't compatible with the DSi XL.

Acekard 2i with AKAIO. AKAIO = WoodR4 in the way of interface. And it has great compatibility 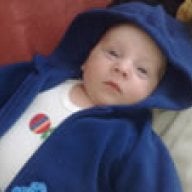 I'd have to say the DSTwo is king of Flashcarts, but you said you/your grand parents don't need the extra features so I have to suggest the AceKard 2i.

That new 'AAP' the AKAIO devs put on it will keep it compatible with the latest games, AKAIO is well maintained and it's got a nice pricetag at Shoptemp. It's also DSi compatible too.

EDIT: Almost forgot the most important part, it's so simple to use!

R4DS i don't think they'll care about all that fancy stuff.

AK2i is all I can think of


FireGrey said:
R4DS i don't think they'll care about all that fancy stuff.


QUOTE(Blastoise @ Nov 7 2010, 08:19 PM) So which one do you guys recommend? If I could, i would have bought them an R4 and chucked Wood on there but obviously the R4 isn't compatible with the DSi XL.
Click to expand...

FireGrey said:
R4DS i don't think they'll care about all that fancy stuff.
Click to expand...

Stick something like Coverflow DS on it for simplicity
S

Acekard is your lover in this situation. It's cheap at ShopTemp for $16.14 [AUD]

Has a easy to navigate interface. Has pretty much perfect compatibility, it takes SDHC cards. Though I'm sure their DSi XL might be updated, so you'll have to update the card yourself with your DSL. But that's easy to do 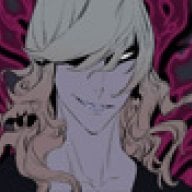 Aw, that's cute. It would be so cool if my family could all play DS together. But, I support the AK2i decision along with pretty much everyone else in this thread.

As an AK2i + DSi XL user I agree it's a great combo.
You might want to read up on the "paper trick" to solve any "contact issues" because it's more common with the XL than the others. In my experience I had the contact issues primarily due to the slight flex accidentally exerted during play because of the broadness of the DSi XL, and at first I would experience freezes all the time. I solved problem by using a small regular piece of paper as illustrated in tk_saturn's guide, but that didn't fix it permanently. After about half a year I occasionally got freezes during normal play so I had to stick a piece of scotch tape to the label side of the cart since I'm not keen on disassembling the card and i couldn't put another piece of paper in. It's working so far but I think it may bend the DSi XL contacts internally if i patch it any more times than this, so if i get contact issues again i'm probably not going to be replacing it with the same card :/

There's also the slight slide-out trick that some people have success with on the XL. When the AK2i cart is fully inserted and locked in to the DSi XL, just give the cart a slight tug with your nail so it's flush or sticking out slightly from the slot (but still locked in).
When you get akaio, themes, your games or whatever all loaded, play with it a little while to make sure it's okay. I've been royally pissed off a couple times because of freezing issues popping up unexpectedly when I had high scores or found some cool stuff and froze before I could save any of it. You may not experience the contact issues yourself but that's the primary cause of freezing with that card.

That all said, I love the AK2i and it has provided me so much more joy than frustration and I'd still recommend it so long as you know how to compensate if you get the problem I did. I'd definitely buy one again if they made the necessary improvements to the build quality with the result that no one experiences contact issues.

Getting Shining Souls 2 to run on gbarunner2