Log in Register
Menu
Install the app
You are using an out of date browser. It may not display this or other websites correctly.
You should upgrade or use an alternative browser.
Important Posts
Front-page

Amazon is attempting to curb the sale of used Nintendo games on its platform, according to a mass-email that has been going out to sellers. Starting today, those who sell on Amazon can no longer list used Nintendo titles, or at the very least, first-party ones. No explicit reason was given for this change, though sellers speculate that this is due to an overabundance of bootleg products. Those who list an item for sale that has Nintendo marked as the producer of said item, have been reporting that their listings have been removed for violating Amazon's new rule. In order for sellers to sell any first-party used condition Nintendo controllers, games, or accessories, they need to file for approval on an item-by-item process. Amazon can then deny, or approve said game sale. At this time, it only affects Nintendo games, and Amazon has not clarified as to whether this will impact other first-party products, sold by Xbox or PlayStation.

Following the initial report of Amazon seller restrictions on used Nintendo products, Amazon has responded to the claims in a very brief official statement. Amazon claims that the email that was distributed to sellers was sent in error, and any removed listings have now been reinstated. Further details are vague, but it appears that sellers will NOT be impacted when selling used first-party Nintendo hardware or games.

Yesterday’s email [to third-party Amazon sellers] was sent in error, and all impacted listings were reinstated within hours.
Click to expand...

Source
Reactions: naughty_cat, Idaho, matpower and 10 others
Click to expand...

Be careful what you wish for when Gamestop and your local used bookstores go out of business.
Reactions: vasoconstriction, Maximilious, SmartFart and 26 others

Of course they will want to restrict it

This is the problem with online monopolies
Reactions: vasoconstriction, Deleted User, TheMCNerd2017 and 16 others

Of course they will want to restrict it

This is the problem with online monopolies
Click to expand...

ChaosEternal said:
It hurts Nintendo's bottom line, but it only helps Amazon's if they make more money from people buying new games instead of used. They might lose money if those people just buy used games somewhere else.
Click to expand...

I made two assumptions
1. Amazon earns a fixed percent from sale of items
2. Majority of people who shop for games on Amazon will not look elsewhere

x65943 said:
I made two assumptions
1. Amazon earns a fixed percent from sale of items
2. Majority of people who shop for games on Amazon will not look elsewhere

I suppose an alternative could be pressure from Nintendo - but I doubt Nintendo has that much negotiating power
Click to expand...

If those assumptions are true, then you're definitely right. I wonder if any surveys have been done to find out what price difference will trigger people to switch stores.
Reactions: x65943 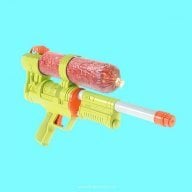 Switch bootleg games?
Did I miss something completely or since when can any Switch run some kind of physical copy of a gamecart?
Last edited by wurstpistole, Nov 1, 2019
Reactions: SpiffyJUNIOR, Subtle Demise and StrayGuitarist

People will just use a different online selling stuff service. 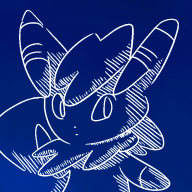 stares at eBay
Reactions: brenokk, DarthDub, raxadian and 1 other person

wurstpistole said:
Switch bootleg games?
Did I miss something completely or since when can any Switch run some kind of physical copy of a gamecart?
Click to expand...

wurstpistole said:
Switch bootleg games?
Did I miss something completely or since when can any Switch run some kind of physical copy of a gamecart?
Click to expand... 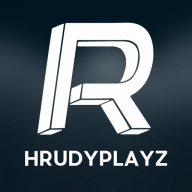 I still see the used switch offers though... and i took a look at amazon.com.
If they do ban used sales, it will be illegal in some countries, including France and i have no doubt someone will take an action.
Last edited by HRudyPlayZ, Nov 1, 2019
Reactions: Subtle Demise

Makes sense. Used games are almost as much competition as ROMs to Nintendo's current titles. Didn't they fight used game sales/rentals back in the 90's? Legally they failed, but now they found a company that's enough of a corporate bitch to do their bidding. Woohoo. Large corporations.

If Nintendo actually wanted to fight bootlegs they should meet the demand people have for older games instead of basically banning people from buying them. Bootlegs aren't going anywhere, this will just harm legitimate resales.
Last edited by bobmcjr, Nov 1, 2019
Reactions: StrayGuitarist, CallmeBerto and Draxikor 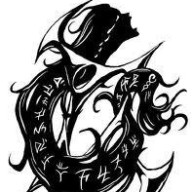 Calm down nintendo, this sort of stuff does more harm then good.
Reactions: Subtle Demise and guily6669 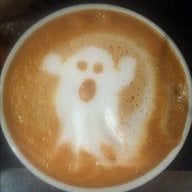 tbh amazon so far unless you get a good deal new its usualy cheaper on ebay to buy used, but that is for me because my country doesnt have an amazon store so shipping on amazon is always more expensive than shipping on ebay for me.
P

Welp back to ebay or more importantly, Dhgate.

Saving over 40$ for the exact controller is amazing. Sure i'll miss amazon 2 day shipping but to think this will suddenly make me buy official products is laughable.

But yea im assuming this is because of how popular the "knockoff" controllers became. I don't know of any "bootleg games" how would those even run on patched consoles?
Reactions: Subtle Demise