So apparently Team Rebug (which has been curiously quiet for a good while) have released a new update package to go along with their 3.55.2 CFW, which among other things, would finally allow PSN access again.

Given that I had sadly lost my trophy/digital rights to the stuff I had owned a while ago, the ability to connect again and re-earn my rights so I can play the stuff I did buy legit has me very interested... as well as for the time being to sync my earned trophies. However, the reason I lost said data was because of a firmware spoofer they previously made nearly bricking my main PS3. (it would also be nice to 'fix' the trophy data on my MVC3 data since I can't figure out what I need to delete to fix that, and the game won't run as a result)

Main PS3 I use is a CECHA model, that's been humming along great on kmeaw 3.55, and the latest (that I know of) version of multiman.

I also have a 'rescued' CECHB that's still on OFW 3.50 for the time being.

Should I go ahead and give the new rebug firmware a try? Suggested prep I should do? Should I consider using the CECHB as a guinea pig for the tryout before going 'live' with my main then?

Is it safe to trust a Team Rebug CFW, given the prior bad experience with their spoofer app? 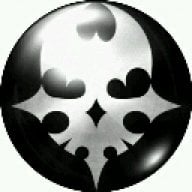 the spoofer for psn access is available to any 3.55 cfw or to 3.55.2 rebug
use the cfw you trust most

as for the spoofer, for me it works for now without problem...

So, I could just use the spoofer to get on and get up to date?

If so, does anyone remember that form email that you were supposed to send in in order to opt-out of the "you can't sue sony" clause that they added in recent firmwares? I want to be sure I am prepared before I take the plunge.

Installed the spoofer, followed the instructions upon loading the app... had to use the "forgot password" way to reset my password, and get the new EULA. Also, thankfully found gamersoptout.com to handle getting my rights in order for both EA and PSN.

p.s. any way of patching recent updates so I could still use them proper on multiman/etc. ?

@ M4x1mumReZ: @Veho, Will it be possible to install Linux over Windows? 42 minutes ago
Chat 0