After endless rumours, SEGA's lifted the lid on Sonic & All-Stars Racing Transformed for Nintendo 3DS.
The racer sees Sonic and friends racing in cars that also transform for aquatic and aerial travel. That might sound a little familiar to Mario Kart 7 veterans, but developer Sumo Digital has assured fans it's very different: you race on the water's surface, not below the waves, for one.
Confirmed characters so far include the usual cast of Sonic characters as well as Golden Axe dwarf Gilius Thunderhead and Vyse from Skies of Arcadia, among others. There's also a Panzer Dragoon stage confirmed, which gets us very excited indeed.
The racer is so far revealed for 3DS but we'd put money on a Wii U version being announced before too long. Expect more details later today.
Click to expand...

Interesting I guess, but I have MK7 so I am not sure if I would buy this. I am just hoping for an awesome new theme song by Crush 40

Looks like everybody will be super sonic racing.
Reactions: 2 people
D

Seriously though, I think the second core is still restricted for use and only a few developers that had crucial 3DS games got the necessary update to utilize it. Alternatively the game code was constructed in such a way that porting to the 3DS's architecture would simply be way too much of an effort compared to remaking the whole thing.

Can I haz Sonic R 2 kaythxbye.

I like Sonic racing and all, but it has to be said just one more time.

>Sonic in a CAR

TwinRetro said:
>Sonic in a CAR
Click to expand...

But yeah, it was a stupid idea even then.

TwinRetro said:
>Sonic in a CAR
Click to expand...

But yeah, it was a stupid idea even then.
Click to expand...

Only way to have a fair race to be honest to be fair.
Reactions: 2 people 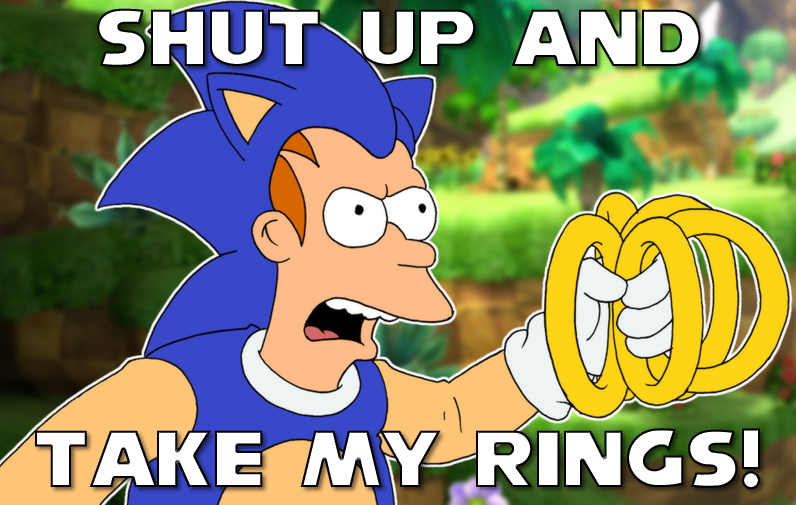 I loved the first one.(Still need to get the legit version on my PS3 though.) but yeah! 3DS FTW! and VITA OMG

I'll gonna get it for the Vita

Theres also a rumor that its coming for the WiiU also but this version will feature Nintendo characters. Ans thats why is doesnt have the word SEGA on its name.

MakiManPR said:
Theres also a rumor that its coming for the WiiU also but this version will feature Nintendo characters. Ans thats why is doesnt have the word SEGA on its name.
Click to expand...

Link? If true, I'm getting the wii u version.

I probably won't bother, the original wasn't anything to call home about. Maybe a Vita version if it has online play but even then I probably won't consider until it's like $20.

Mario Kart is better. No point in buying this. Maybe if they brought back the style of Sonic R...

That image looks... kind of creepy, for some reason.

I've heard the first game was fine, but I'm not a big kart racing fan. Still, it seems a bit of a step backwards to get a character like Sonic and stick him inside an automobile.