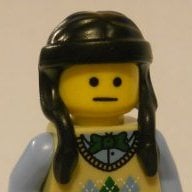 This is my dilemma, I have some sweet photos I took with my Gameboy Camera I'd like to share with the internet but I don't have a GB flash linker nor to I want to subject the pictures to generational loss by taking a picture of the screen or capturing the s-video signal off my Gameboy Player.

I thought, hey the GB Camera can link to other GB Cameras and send/receive pictures so why don't I load up the ROM on my Everdrive, send them over, dump the s-ram file and load it into an emulator?

Unfortunately I haven't even gotten as far as finding an emulator that plays nice with the GB Camera ROM (VBA and several others refuse to recognize it) because after sending test pictures over to my Everdrive they become corrupted. (Several vertical lines)

Is there a setting or something I need to change in my Everdrive in order for this to work correctly?

Thank you so much for your time.

This does, however not work. The Everdrive has 64Kbyte of SRAM to save the game. The GB Camera has 128Kbyte (afaik, LSDJ and the Gameboy Camera are the only "games" to use 128Kbyte) built in so the everdrive is simply not capable of holding the full GB Camera save. You might be able to send a few pictures over and restore them that way, but most of the time the pictures will contain garbage.

If you have a N64, an Everdrive 64 and a Transfer Pak (came bundled with Pokemon stadium) you can use a homebrew tool to dump savegames and game roms from GB Cartridges, including the GB Camera.
Last edited by Localhorst86, Aug 11, 2016

Nintendo 3DS Today at 12:29 AM
RetraCarteR

@ Psionic Roshambo: I don't think the launch PSP can do any SNES games with helper chips justice A moment ago
Chat 6