'Racist' Kinect is not racist

CVG UK said:
US product testing experts Consumer Reports have put Kinect through its paces - and discovered that, contrary to online rumours, it has no problem recognising people with dark skin tones.

The magazine found that any problems Kinect had with facial recognition could be blamed on poor lighting - something we dealt with in our review. (Tip - the more you calibrate, the less this becomes an issue).

Ultimately, Consumer Reports concluded that lighting didn't "prevent anyone from playing Kinect games". We are the world. We are the children.

It reported: "The log-in problem is related to low-level lighting and not directly to players' skin color... Kinect needs enough light and contrast to determine features in a person's face before it can perform software recognition and log someone into the game console automatically."

The mag tested two players together - one with darker skin. It continued:

"Essentially, Kinect recognised both players at light levels typically used in living rooms at night and failed to recognize both players when the lights were turned down lower. So far, we did not experience any instance where one player was recognised and the other wasn't under the same lighting conditions.

"To sum up, the Kinect recognition issues affect automatic logins to the Xbox it's attached to if it's being used in poorly lit environments. But even without facial recognition, player can still log in to their personal avatars using simple hand-gestures or with standard Xbox controllers. Gameplay wasn't affected at all, even in totally dark rooms."

So there you have it. Kinect judges no-one. Even you.

It's out in the US now and launches in UK next Wednesday (November 10). Check out a video of Consumer Reports' test below.
Click to expand... 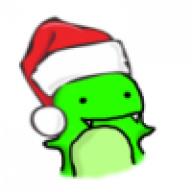 I swore people were joking about it being racist :|

Crazzy1 said:
I swore people were joking about it being racist :|
Click to expand...

Crazzy1 said:
I swore people were joking about it being racist :|
Click to expand...

I think the HP computer is calibrated to pick up fat ugly people. Since most Americans fat the camera missed the black guy because his face wasn't filled with blubber.

no, the hp recognizes the black guy, it's just afraid to stare.

"We are the world. We are the children"... seriously?

is it the tone of the face of body tht is used as a sensor or movements of particular fashion? i think they have shifted from light reflection to something else