Infamous PSP Dev Davee has posted a very interesting PS Vita video on YouTube (Above) Its a demo of PSP Kernel access in the PSP emulator side of the PSV. The video demos a rather straight forward looking “PRX Loader” menu he uses to load various homebrew games. PSP Kernel access on the Vita of course means full homebrew support. Even ISO loaders as seen in the end of the video. Davee doesn’t mention any release dates. So we just have to wait and see. If this is as good as it looks, Vita users might just be able to say goodbye to their PSP’s and stick to their PS Vita’s for running all PSP homebrew.
We will keep you posted…..

You can see, that it works! The benefit is that HEN can access the core of the kernel, allowing almost seamless compatibility. However, as you may know, VHBL cannot run Lamecraft. Nor can this HEN currently. Lamecraft uses the OSK interface which has been replaced with Vita’s OSK. It’s likely a software error in the PSP kernel from the arguements passed in the homebrew.


There is other things, and perhaps i’ll make a post for them another time, but for now, later.
-Davee
Click to expand... 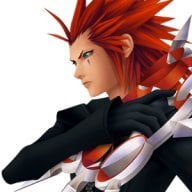 thats great news. im not buying this waste of money until its hacked ^__^

HEN does not mean hacked. It means that you might be able to play PSP homebrew on PSV (whilst it's in PSP mode). Sony have responded fairly quickly, pulling vulnerable games off PSN as soon as they are announced. I wonder how many people actually got Everybody's Golf in that window?
K

Originality said:
HEN does not mean hacked. It means that you might be able to play PSP homebrew on PSV (whilst it's in PSP mode). Sony have responded fairly quickly, pulling vulnerable games off PSN as soon as they are announced. I wonder how many people actually got Everybody's Golf in that window?
Click to expand...

(edit to be less condescending)

HEN is not the same as HBL... One has kernel access (HEN) the other is User mode (HBL). The difference is HUGE. HEN is fully capable of playing PSP games and has full access to the PSP "hardware" (meaning custom drivers, plugins, etc) inside the Vita. But because it's also full Kernel access in an emulated PSP environment, it actually has access to parts of the Vita (check out some of Davee's post on wololo's blog. For example, via kernel mode he can examine how the PSP emulator works and interacts with the PSV itself)

HBL on the other hand will never play PSP games, only homebrew and it's very limited in it's scope.

That said, while HBL won't help in hacking PSV mode, HEN might actually be helpful in doing so. Right now Davee is busy trying to completely map the Kermit protocols (the compatibility layer between PSV and PSP modes). If there is an exploit there, it could lead to User mode exploits in PSV (IE PSV homebrew)

Well, a HEN by itself does not allow loading of ISOs, but compared to HBL it does have the admin/kernel permissions needed to use a virtual device driver which is required in order to load ISOs (something not possible with HBL as the required rights aren't available).