I'm sure you've noticed that the NN3DS' improved 3D with head tracking isn't working properly with the new OoT exploit and Gateway.

Well, i have more experimenting to do, but I ran the exploit with 3D turned off, then turned on 3D inside of majora's mask (US version, on a EUR/AUS NN3DS), at which point it was even more borked than usual.. totally double-image, no useful 3D image.

I had a thought: maybe putting it to sleep and waking up would "jog" the 3D engine to display properly.

so i closed the NN3DS and watched the light blink, and opened it again.. not only was 3D working, but the new enhanced 3D was mostly working.. i say mostly because it did seem to be a tad bit more finicky than normal... but maybe this is a good development! If its already been done or somehting silly like that, please disregard this rather than flame me.. thanks
Reactions: Margen67 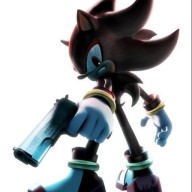 This is already known . 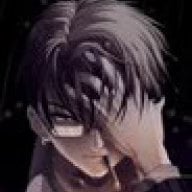 w0dash said:
This is already known .
Click to expand...

Yes, both the issue and the fix was already known about more than 48 hours before Gateway even released their n3DS compatible update.

shinyquagsire23 said:
Also, since we can't always have good news, we have our first bug on N3DS. Our firm launching procedure somehow breaks 3D. If you leave 3D on, you can use it but it breaks face tracking. Likewise, if you leave it off, it stays off while in the CFW and moving the 3D slider causes this weird interlacing between the two 3D layers. We hope to fix this though, it's a very strange bug.
Click to expand...

Judging by this post WulfyStylez made, it seems they may have already fixed within that 48hour period.

WulfyStylez said:
i'm actually losing my shit over this, it's such a trivial bug
Click to expand...

The idea that this community has a group of developers who are as skilled as (perhaps more than) Gateway's team is incredibly exciting!

w0dash said:
This is already known .
Click to expand...

I was fairly excited to contribute my first noteworthy discovery to the temper community! Oh well, I will not give up contributing! thanks for letting me know w0dash!

[edit] thanks also zidapi for the further details you provided! You were posting just as I was typing, so I hadn't seen your reply when i replied w0dash [/edit]

p.s. Zidapi, I agree about the developers in the community being as skilled as gateway's team. Often, it seems the only thing that slows things down is either miscommunication/misunderstanding, or all the non-dev chatter and spam that clutters dev threads. But, without that, we wouldn't be gbatemp