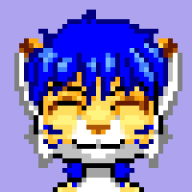 Not sure why is that. I've heard that the games worked fine a long time ago, even the HG/SS version.

When I start the games, the Flashcart's loading screen appears, a white screen comes up and it stays at that. On Heart Gold, I can hear the ringing bell from the game start, but no button or touch screen work, and the white screen keeps at it.

The only game that worked was "Platinum Enhanced", a modified version of the game where all pokemons can be caught - I never had much patience to play it, but as a test, it worked fine.

I've read the noobs guide available on GBAtemp again, and found out that it could be a problem with loaders. I can't select loaders from the AK menus, even tho they're already updated.

Try backing up your card, then formatting it with this
http://filetrip.net/f10976-SDFormatter-Version-3-0BETA.html
Then download a clean rom, download and manually install the new loaders.
After doing all that, it should work just fine

Loaders were installed, I followed the noobs guide here at gbatemp and found out that program, so the formatting and loader part might not be needed - I may reinstall loaders just to make it sure. The loader selection option didn't appear, tho... Never saw it.

Problem is actually getting clean rom again... I just hate having to redownload games with my slow connection... But I'll do it anyway. I'll report when it's done.

Also, my Diamond game is the U version. there is a "(v05)(U)" version around - differences?

Ok thanks, Heart Gold seems to be working fine. I wonder if I still have the same clean rom for Diamond...

If you want to make sure you have a clean version of the game, you can do a CRC32 check.

First you need some app to find Hashes, I use HashCheck (works flawlessly in Windows Vista and 7).
Next, use AdvanScene's Database to find your game by selecting the NDS release list and typing in the name into the far right box.
Once you get a list of matching titles, find the game and region you have and click the Title to go to a detailed information screen.
Under the Rom Info section it will tell you the CRC32. If this matches the one you have and you know you have a 100% clean copy.


If you trim or patch or alter the game in any way, the CRC32 will change as you no longer have a clean version so doing a hashcheck on those files will not help you.

Have you turned the Anti-Piracy option on?

FireGrey said:
Have you turned the Anti-Piracy option on?
Click to expand...

The Pokemon games all worked before the Anti-AntiPiracy option was added.

It probably was an unclean version of the games - If I remember correctly, CycloDS allways patch new games that aren't in the compatibility list yet to try to make them run. I found one of the games in an old backup disc and it opened fine.

The cyclo's patching doesn't modify the actual file, though.