Hello. I have a 1.0 Xbox with an original Philips drive (the drive was manufactured in 2002, if it matters). The drive worked fine when I acquired the Xbox, and I used it with a copy of MechAssault to do the original softmod, so that I could flash the TSOP. I flashed the Xecuter X2 5035 BIOS, and everything was hunky-dory. I subsequently used a disk to setup a blank 120GB HDD with a copy of the necessary files. More recently, I noticed a noise coming from the drive, and the eject button had stopped working. I disassembled the drive to see what was going on, and noticed that the laser seemed to be engaged at all times. Furthermore, the motor seemed to be running non stop. Just as a test, I manually inserted a disk, which led to the drive spinning the disk as fast as possible -- to the point of scaring me, so I unplugged the Xbox shortly after.

If anyone has any idea what the problem could be, I would be much obliged. I currently have the laser and motor ribbon cables disconnected within the drive, so that the drive doesn't burn itself out (and I couldn't just unplug the drive, since the Xbox apparently needs one to be present). If it comes down to replacing the drive, could anyone suggest which drive is the best? I hear Thomsons are the ones to avoid, and that Samsungs tend to have faulty eject mechanisms.

An update: I pulled apart another 1.0 Xbox that refused to power on (but used to. I'm willing to blame the crappy FoxLink PSU, but I have not confirmed this yet) and pulled out yet another Philips drive. These Xboxes were very close to each other, as both were manufactured in Mexico two days apart. I hooked this drive up to my functional Xbox, but the drive only fared slightly better -- the tray was working, and it did in fact attempt to read disks, but would fail every time, reporting 'No Disc' to Xbmc. I tried messing with the POT slightly, but it changed absolutely nothing.

I would like at least one functional Xbox drive, so I have ordered an LG GDR-8163B with the intent to mod it to work in an Xbox. From what I have read online, apparently every single make of Xbox drive has some issues.

Still, any tips on fixing either of the two dead Philips drives would be very welcome. 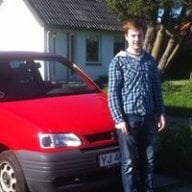 Hi I created an account to tell you that my philips drive in my modded xbox is also running really poorly. I still have the original hdd. Can't find an ide harddisk anywhere (europe) how did it go with the LG drive?

Make sure the drive is lockable.

As for OP.
DVD drives die after a long use.
Aside from tweaking the POT, there's nothing much you can do besides replacing the laser/drive.
Reactions: Friendsxix

DinohScene said:
As for OP.
DVD drives die after a long use.
Aside from tweaking the POT, there's nothing much you can do besides replacing the laser/drive.
Click to expand...

I actually just bought a GDR-8163B and modded it the other day, flashing the Xbox GDR-8050L firmware to it. I also stole the proprietary Xbox power connector from my least-functional Philips drive and wired it up to the drive. Everything seems to work flawlessly now.

I'd recommend you just go fully internal.
Saves a lot of strain on the laser and the DVD drive ;p

View top chatters
Open in popup
S @ SwirlyStone5877: Hi! Is there a Wii emulator for the vWii on a Wii U? I keep trying to get USB loader to work but... 15 minutes ago
Chat 1