Just grabbed OB3. It's not up to much. A few games fixes, but nothing else seems improved any and Puzzle Quest 2 is still broken.

It's weird for the EZ FLash team to be this dormant. Usually when they get this quiet they break the silence w/ the announcement of a new product. SO... Are they working on a iPlayer/SCDS2-a-like or what? Or what?!? :-)

Seriously -- it's been 2.5 months since the last update.

I understand that with the new firmware EZ-Flash doesn't need to do fixes for the majority of games anymore, but that's not 100% the case -- Sims 3 AP defeats EZ-Flash Vi it seems.

Will we ever get real updates again? Is Team EZ still around? I assumed, with all this free time, Team EZ could finally get homebrew working, as it's one of the main criticisms of the card in the GBA Temp review. But no luck there.

OB2 is from August 20th, OB3 was posted on the Chinese forum on the 26th of this month as far as I can tell.

KidIce said:
OB2 is from August 20th, OB3 was posted on the Chinese forum on the 26th of this month as far as I can tell.
Click to expand...

From what I see, it was posted almost 20 days ago...you are probably looking at the wrong thread for the date.
http://www.ezflash.cn/discuz/viewthread.ph...;extra=page%3D1

I think your right.

Google Translate did a pretty good job of mangling that page and the only date I saw on that post was the 26th, which led me to believe that's when OB3 was posted. I haven't seen any activity out of the EZ Flash team (beyond selling off their flash cart to iSmart) in far too long and was just trying to dig up anything I could find. Sosuke's site is practically desert and tumble weeds these days so I decided to hit up the Chinese forums. Just to find users there complaining that it's dead there too. I was glad to find an update (Hey, Fast6191, why haven't you posted this update here?) and thought I'd share... And complain I guess.

I had an EZ2 and when the team seemed to be ceasing support and closing shop the EZ3 came into existence and updates for the EZ2 came back along side support for the EZ3. Eventually updates for the EZ2 waned, but the EZ3 was the new baby and the EZ2 was about as perfect as that hardware would support (there isn't a GBA game I know of that won't work on it even w/o updates). Then the updates for the EZ3 followed the same pattern and then the EZ4 was released. Then the same thing happened to the EZ4 w/ the release of the EZ5. They've been a very reliable team, have made some of the best carts available, have been around longer than any other flash cart brand that exists today, etc.

But I've never seen them license or sanction a clone... Which then goes and makes their software open source... And... Well, I gues I'm worried. Are they done? Is there an EZ6 on the horizon or what? I just want to know. I've got a SCDS2 and it's a great cart w/ a great bunch of features that cause me to use it over the EZ5 from time to time, but I still prefer the EZ5 and it spends way more time in my DSi than the SCDS2. But w/ this round of silence, the release of the iSmart and other factors I'm seriously beginning to wonder about the future of the EZ Flash brand. 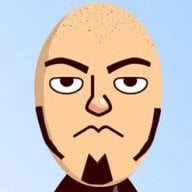 windirt said on the EZ forum QUOTE"the current sale can't support the team, we have to split most our human resource with another project to keep us alive."
Click to expand...

regnad said:
I understand that with the new firmware EZ-Flash doesn't need to do fixes for the majority of games anymore, but that's not 100% the case -- Sims 3 AP defeats EZ-Flash Vi it seems.
Wrong example to use regnad. RFTD released again a crypted dump. Just decrypt it and this game is ok.
QUOTE(regnad @ Oct 29 2010, 01:07 AM) Will we ever get real updates again? Is Team EZ still around? I assumed, with all this free time, Team EZ could finally get homebrew working, as it's one of the main criticisms of the card in the GBA Temp review. But no luck there.

1) no need to fix this dump
2) i wish this happen
3) windirt alread talked about this on both forums US and Chinese.

Still, the new firmware does handle a lot of things, including Pokemon B/W, which is fabulous. It seems odd, though, that Team EZ has decided the new firmware has taken care of all future AP, and they've washed their hands and gone home, a job well done.

Okay, I'll have a look at the new dump.

Golden sun run on EZ5i in special mode like it does on dstwo in clean mode.

The EZ5i is good about AP even if it don't get any update.

Just, some weird issue with some games that deosn't have any AP. Puzzle quest 2 is one of them.

Edit : i just updated the AP thread of the ez5i. I forgot to remove games fixed (no more special mode required) in k3.0ob3 test version.

When will the non-test (final) version of OB3 be available?

golden sun is fixing, or play it in special mode.

OB3 has yet to be finalized. It is a testing release.

GBA EZ Flash Omega: Not Saving and Firmware Does Not Update Alongside Kernel