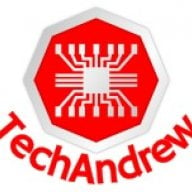 Location
Wherever I Am

Hello,
I have recently acquired a Japanese region N3DS.
However, for some strange reason, after being on for a while, the 3DS freezes, hangs, and some of the pixels on the screen randomly change colours. I'm sometimes able to get the system powered down by holding the power button, but sometimes, it does nothing...

If I immediately or promptly turn the 3DS on after an event like this, the screens won't turn on, or it would sometimes make it to the HOME Menu and then instantly freeze. If I turn it on after a few minutes, it works as normal for the next few minutes of operation, until it freezes again...

Is it possibly an overheating issue?
Is it a firmware issue? Since the N3DS is on 10.3.0-28J, how will I be able to upgrade the firmware to something higher?

It's probably the firmware that's causing the problem, but I still need to post this, as I need to know a method of updating a N3DS to a firmware higher than 10.3.0-28 AND lower than 11.0.0-33. Yes, you can use a game card to update the 3DS, but almost all the games with a firmware this new also have AP-checks, which wouldn't work with my Red Button Sky3DS...

I don't think it's the firmware. That firm was out for 2 months and never heard of what you're talking about ...
Sounds like a bad motherboard. Return it.

Need help with my 3ds black screen except ntrboot

I
Hardware Hacking Homebrew My N3DS XL 11.16 wont boot if I inserted my SDCARD. Blackscreen Only