MUD.FIM.Motocross.XBOX360-COMPLEX<br/>
Region free by the looks of things. Note that is is not due for about two weeks<br/>

This one flew under my radar or perhaps is early enough to have come before it (I usually try to keep track of the motorbike games).<br/> The lack of local splitscreen might be a dealbreaker for some but MX vs ATV has changed somewhat in recent years from the xbox and early 360 games not to mention the franchise has been shuttered ( http://www.joystiq.com/2011/08/09/thq-not-to-actively-pursue-further-development-of-mx-vs-atv-fr/ ) and although deformable terrain probably means smaller tracks it might be worth a look in light of that. Still the team is responsible for the SBK series of bike racing games and World Rally Championship.<br/>

Website blurb
The only videogame that exclusively features the MX1 and MX2 championships, comprehending all the teams and all the world-wide-known bikers and the amazing 2011 Monster Energy FIM Motocross of Nations. Pure and freestyle Motocross you have never seen before!<br/>
<br/>
GAME FEATURES<br/>
<br/>
A high value license: 3 official competitions (MX1, MX2 and MxoN championships); 12 locations and all the sponsors of the 2011 championship; 32 official teams between MX1 and MX2; 84 real riders.<br/>
<br/>
Monster Energy FIM Motocross of Nations 2011: 16 national teams, 48 riders and bikes (with all the suits and liveries of the different national teams) including worldwide champions of the United States.<br/>
Personal competition finishes when the round begins!<br/>
<br/>
MUD World Tour: live the whole MUD experience through the life of special characters: the HEROES! Face a quantity of different levels and various types of events and demonstrate how keen you are on rising up the Motocross world!<br/>
<br/>
Monster Energy Trick Battle Mode: 30 different tricks in 3 spectacular arenas, since "Motocross" also means Freestyle!<br/> 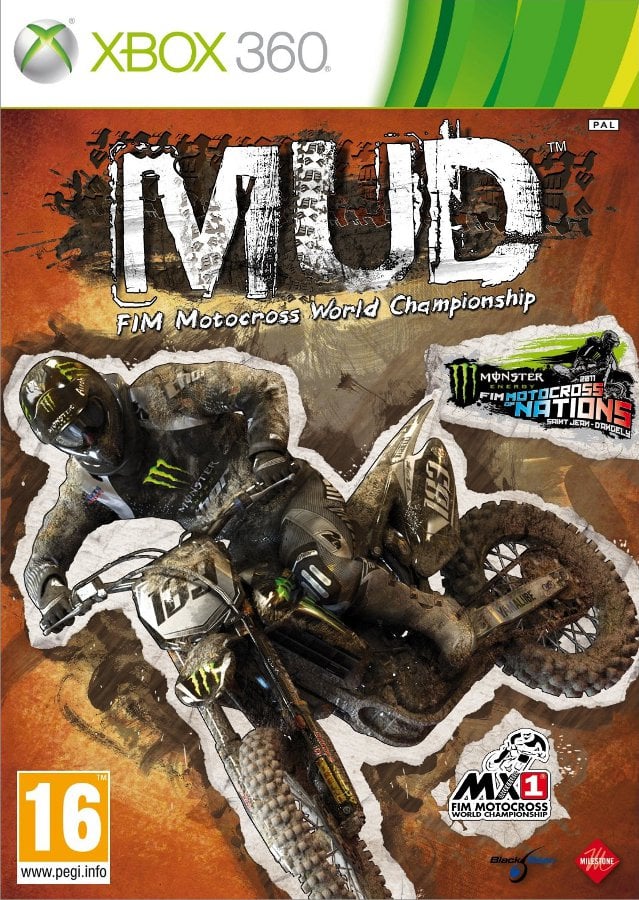 The only videogame that exclusively features the MX1 and MX2 championships,
comprehending all the teams and all the world-wide-known bikers and the
amazing 2011 Monster Energy FIM Motocross of Nations. Pure and freestyle
Motocross you have never seen before!