ROM Hack Is it possible to change all the fonts on a NDS? 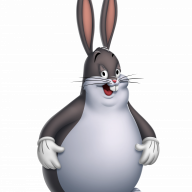 Is it possible to change the hardware font on the NDS Operating System? If so can i do it with Comic Sans MS?

Still I guess you could modify the font used in the firmware for pictochat, settings and game launch. I have no simple way to modify the firmware -- you can dump it easily enough and edit settings but major editing is somewhat more tricky as the main thing we have for decompression the random selection of compressions that the firmware uses does not also recompress. It is open source ( http://chishm.drunkencoders.com/NDS_Projects/fwunpack.zip ) so I guess you could twist it back around easily enough. If you just want some screenshots I would sooner look into making a standalone booting version of the firmware as flashing custom firmwares to your DS is a tricky prospect, though if you are just grabbing screens from an emulator then play it how you will.

If you mean games then no as every game uses its own font, and I don't think any pull from the firmware like some older consoles (I certainly have not seen any). To that end you would have to approach it on a game by game basis. There is a common font format called NFTR that many games use so there is that in your favour I guess. Also crystaltile2 has a nice feature where if you type in the tile window it will put that character in whatever font you had selected in that place. It is not great for most windows fonts and the kind of pixel sizes used by the DS but it has its uses.
Reactions: Deleted User

B
NDS with DSTT language

Homebrew Using an background atlas for a NDS homebrew