Hacking If your having BluRay movie playback issues on Ferrox/Cobra 4.82, here's what to do! 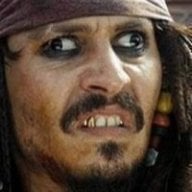 Hey so long story short, son got Cars 3 BluRay for xmas and we only have the PS3 atm for playback which I installed Ferrox/Cobra 4.82 sometime a month ago when the hack released.
Wanted to watch it today naturally and PS3 refused to play any BluRays... "This video cannot be played" and back to the dashboard every time.

Anywho after a bit of searching there seemed to be an error with v1.00 of the CFW Ferrox + Cobra 4.82 and they did release an update v1.01 that fixes a few things, one being BluRay ISO (that includes from disc)

Here is the link to the release PAGE

Install it by making a folder called "PS3" and inside that folder "UPDATE" and rename the file ps3updat.pup and place it in the "UPDATE" folder and install from USB on PS3 like a normal update.
USBDRIVE:/PS3/UPDATE/ps3updat.pup

P.S I know it should be "You're" in the title, welp!
Last edited by kongsnutz, Dec 26, 2017
Reactions: JiveTheTurkey 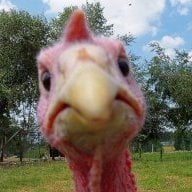 Wow, I just mentioned this a while ago not even less than 10 minutes. Psychic o.O
Reactions: kongsnutz

JiveTheTurkey said:
Wow, I just mentioned this a while ago not even less than 10 minutes. Psychic o.O
Click to expand...

Oh you did? Sorry if I've double posted then
Reactions: JiveTheTurkey

kongsnutz said:
Oh you did? Sorry if I've double posted then
Click to expand...

No no, sorry not like that, I meant that I asked for help
Reactions: kongsnutz

JiveTheTurkey said:
No no, sorry not like that, I meant that I asked for help
Click to expand...