A Guide On Submitting News​
​
"Where can I find news?"​
"How do I know what news to post?"​
"How can I sort good news from bad?"​
"Why do people get mad when I post news threads?"​
​
This thread will answer your questions.​
- Table Of Contents -

(Note: Be sure to use descriptive, relevant headlines. These are not discussion threads in the typical sense. "In other news..." is not an acceptable headline. Use common sense. News threads don't need to be complicated or even professional in quality. They do, however, need to be relevant and intelligent.)
Reactions: Seriel, Vishnoo, HaloEffect17 and 24 others

Now we just have to hope some members will actually read this.
Reactions: HaloEffect17, Margen67, calmwaters and 1 other person

Okay so apparently it was found acceptable. XD

Edited the first post to include a proper title and little intro blurb like the other stuff I make, for consistency and so it doesn't look as bar.

So GBAtemp has degraded to the point that we need a guide on posting news?
Reactions: Seriel and mameks

People don't seem to understand, and some users find a need to consistently complain about the "new" news format whenever they get the chance. Blame those that can't seem to understand how to post news, and put even more blame on those who complain so much. They're the reasons that this exists. It isn't difficult, yet people make it seem like the most difficult thing on the planet.

The misinterpretation of news bit is especially important. People have a really bad habit of doing this, posting an article, getting everybody pissy because nobody checks the source to confirm what this user posted, and then later there's a backlash when what that user posted ended up being incorrect. But the backlash isn't at the piss poor news poster, as it should be: it gets directed at developers for things they never said and never confirmed. People just love their out of context quotes far too much.

People have been doing this shit for a while. Remember all the "CONFIRMED!!!" threads on rumors?

I'm just tired of it and had free time, so I made this.

Thank you so fucking much. Now when someone posts shit in the USN I'm going to provide a link to this thread.
Reactions: 4 people

Our dear 'temp has changed over the years...

Are you soul snatcher that ''left'' long ago? Been wondering this for many months...

I don't think you know the old 'temp, you're here since january if i'm not wrong.
Click to expand...

February actually, but people tell me about the old 'temp.
Click to expand...

GBAtemp in 2003, GBAtemp in 2007, GBAtemp in 2009
No, GBAtemp really isn't the same as it wa- wait, what exactly WAS "the old 'temp"? Every generation of users within an internet community has tried to feign superiority over the newer members, which is literally the least constructive thing ever. The core site is still very similar to how it's always been, only with a wider audience and consequently a larger amount of the deindividualized idiocy that always occurs within large groups of people. Members might have come and gone, but that's just a natural part of life.

This isn't a gaming-news orientated community, it never has been, and it will never succeed as one. People have always reported various pieces of scene-related news, which usually requires being rewritten. So what if gaming news posts in the USN aren't properly formatted? They're an optional extra, which is basically aggregated by other users. It's not a major attraction of the site and never will be. (If it ever does become one, make like a rat and abandon ship).
While I appreciate that there's a recent "HURR THIS EEZ MAI CONTANT LULL" movement emerging in response to such sites as 9gag and funnyjunk, internet bloggers rely upon this supposedly poisonous type of content sharing, to attract and widen their audience.
It should also be noted that complaining about the quality of USN posts, and telling people how to "improve" them is as pointless as marching into the EOF and whining about the forum games. (Fun fact, I actually did that once).

Additionally this thread is an example of how counter-productively, egocentric certain members have become, and no I'm not referring to Rydian. The attempts made by people (whose posts have since been deleted) to convey a message of "SHIT SON THE SITE HAS DEGRADED AHHHHHH!!" are humorous at best, for you see the only real degradation here is this new-found, over-hyped and frankly boring attitude that they have developed.

@Fredrika Bernkastel: Now that was a blast from the past (Especially liked that EXE. Release tidbit )
Reactions: 1 person 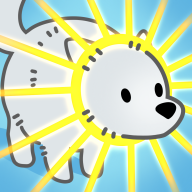 Really.
Reactions: Seriel, chinboogie, The Catboy and 2 others

I chose that example as a recent showing of how sites assuming too much information that wasn't in the source can lead people to believe things that aren't true. A while back Nintendo said they had no plans for a full revision of the unit, then months later they release an XL version (like the DSi XL), which comes a while after their statement (which stated that they didn't have plans at the time) and isn't a revision (as it's sold alongside the original, just like the DSi XL is).

This is a very helpful thread, it will help everyone, and me, in the future
Reactions: Margen67 and Anon10W1z

Another good example of what not to do...

Since they're androgynous, I think it's more likely that they're hermaphrodites... Although I don't think Notch meant to imply that cross-species reproduction was a possibility.
Also, MSN News is full of shit. Almost all American news agencies are.


Rydian said:
Another good example of what not to do...

So now when "core gamers" tell us Minecraft is gay, then..

this thread and others give the impression that current users are too dumb to viewers on the site. frankly embarrassing that this thread exists to the whole community. gg gbatemp keep cute and condescending.
Reactions: 2 people