Looks like rockstar was actually working on a wii game after all, and it seems to be gtaIV or maybe just a whole new game from the pics.

Where is the sensor bar?

Wait, did i miss something, it's April already?

But wth where are they testing? The basement? And it seems as if they had fun with Mario & Sonic at the Olympic Games when they weren't working

(it's on top, on the bunch of Wii games)

Lol I really cant belive this, I wont belive it till I see this in the shops XD
J

Chanser said:
Where is the sensor bar?
Click to expand...

I *think* it's on the bottom right corner of the TV. Anyway, it looks awesome. I wouldn't mind a GTA for the Wii, even though I can live without one too.

Total bull… First, photos of the Bike riding, you have a panel in the back with Niko Bellec’s name so if this would be in any way legit that would be GTAIV. With a map of Liberty City as well pretty obvious on the wall.

The silver panel underneath the TV could hide in-wall mounted cables to connect another signal like let’s say a PS3 or Xbox 360. I doubt it’s for only one wire that is not totally covered any way. Or a wireless video signal receiver.

I am a Wii fan but I clearly know that the Wii isn’t capable of such video quality, if GTAIV is running I doubt they would have a copy with signed codes to run on a commercial Wii (or have they moded they’re unit) and not a dev-unit.
Also, I doubt that Rockstar is obliged to play in a damp bricked wall room with what seems to be like a old school voyeur keylock on their doors.

and yeah I see the sensor bar hanging from the TV on Bottom Right. 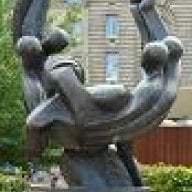 WOW that is absolutely...... Hold on, have to go, my Playboy bunny wife has told me I have won the lottery and that I have been selected as an astronaut.

I've seen that also before, but how do you explain them playing the game with difference scenes not to mention wii controls? Also there is a ds version coming out in which they said would never be made, so trust me when theyu lie and say it won't it most likely will as far as money is concerned.

Scorpin200 said:
I've seen that also before, but how do you explain them playing the game with difference scenes not to mention wii controls? Also there is a ds version coming out in which they said would never be made, so trust me when theyu lie and say it won't it most likely will as far as money is concerned.
Click to expand...

A GTA game on the Wii is certainly feasible but if something of this magnitude happened, it would be all over the webs.

At this time, I call fake on this. 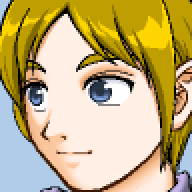 The url in the article is http://rockstargames.com/images/wii/ which ends in a 404.

its fake anyway dont need this crap on the wii

Gaming Homebrew USBLoaderGX not recognising both usb attached to my Wii

Where can we get GTA V mod menu (single player).

What if GTA VI is online-only and no story mode?

@ Psionic Roshambo: On the Wii I think you use a different loader? 8 minutes ago
Chat 2