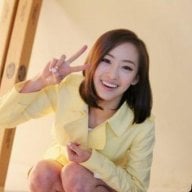 I got the game today, and I'm wondering what other tempers are thinking of it.

IGN gave it a four, Gamespot gave it a 7(?), and reviews have been from horrible to amazing on the scale. As I played the game, (I'm upto chapter two), I realized not all the problems they made out to be there are existent. The voice acting is lackluster, but not horrible. The graphics are last generation (ish), but not unbearable. The animations can be sloppy, and the only problem that I seem to fully agree with is the pretty horrible combat engine, which is sluggish and difficult to maneuver.

So, GBATemp, what do you think? Did you pirate it, buy it, or leave it?

I covered the scene release for the 360 and saw IGN review (not that I pay any attention to IGN this side 12 or so years ago) but did not follow up on it and have not played it yet.

From what you say though it is most of what I overlook when playing a game from the genre (I really enjoyed The First Templar, Venetica, Divinity 2, Risen and Hunted: The Demon's Forge and going further most of the western RPGs that were not Elder Scrolls, fable or Dragon age which I have still yet to play). The only thing that raises an eyebrow is you saying the combat is not so hot and for all the flaws of the games I just listed they each had a combat engine I could respect (maybe not so much Hunted: The Demon's Forge until I played co-op) and get working for me. I saw the developer explaining the combat and there were some great ideas but there is still plenty of scope to fail in execution