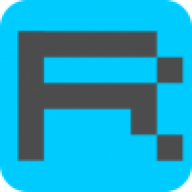 The sequel for the interactive novel Hotel Dusk room 215 will be released in Japan January 14th 2010! i dont know about you guys but i am excited for this game! i just loved hotel dusk! so there's another reason to look forward to 2010! (the others being PW:Investigations; miles edgeworth, Project Needle Mouse and Super Mario galaxy 2 etc.)


Starring protagonist Kyle Hyde and being placed one year after the events of its predecessor. The game will have visual and audio styles similar to the first game's. In this game, Kyle Hyde finds himself in the Cape West Apartments, Los Angeles, in 1980. The story of this sequel will be separate from the first game's, even thought it will include some connections with it.


New Features :
Last Window introduces the Ignore feature to the series. This feature allows player to let go the lines of questioning they don't find useful. Ignoring too many lines of questioning, as not ignoring too much, may cause an early game over. A significant new story-based feature is the in-game novel Last Window. Every time a chapter of the game is cleared, a new chapter in the Last Window book is made available. The contents of the book complements the game's story, and they can be influenced by the decisions the player makes.

and for whatever reasons it has Rumble pak support....

i dont know if this has been announced here before but i just wanted to post a topic!

It had been announced a couple of times here.

Yay, I finished the original Hotel Dusk game quite recently and I loved it. Especially the music which is quite memorable.

Awesome, I never heard any info about the story before. I'm glad to hear that it's gonna have some connections with Hotel Dusk.
And the Ignore feature seems like it's gonna make the game a lot harder, and I sucked at Hotel Dusk (over 10 game overs) so this will not be good for me.