I love my motorsports and racing games that simulate them... but most of all, I love Formula 1. It's been years since I've played a current F1 game because I don't like Sony products (never owned any version of Playstation), and Sony has held the exclusive rights with F1 for the last 5+ years (last non-Sony title would be EA's F1 99-02 Challenge released in early 2003). But now their license has run out, and Codemasters (of GRID and DIRT fame) has bought the rights to Formula 1 games. I'm really waiting for the F1 2010 game release on the Xbox 360 (expected in Spring of 2010), as nothing beats racing simulations with my Microsoft 360 FFB wheel on it's stand. But with F1 2009 being exclusive to Wii (and PSP) there is no reason I wouldn't give this game a chance.

Most Wii racing games are best left arcade style; Mario Kart, NASCAR Kart racing, NFS Nitro. The ones that try to be simulation (like Ferrari Challenge & MotoGP 08) usually don't do very well because the wiimote steering and gas/brake controls aren't as precise as a simulation racer needs them to be. I hope F1 2009 for Wii will find a nice balance between Arcade (to make controls easy and playable with the wiimote) and Simulation (so you have to hit your braking points right, and maybe chance for crashes/damage if you really mess up).

Anyone else anticipating F1 2009's release this coming week? 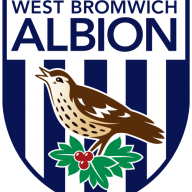 This week is it? Definately keeping my eye out for this one. As you say, the wii is crying out for a good realistic racer. I love the arcade games but im hoping this one turns out good cus i need something a bit more realistic too.

I"m looking forward to it but i'm not expecting too much. It's being developed by the same guys that made Dirt 2, lets hope it turns out differently.
D

I never tried Dirt 2 for Wii... only played my Xbox 360 version which I enjoyed, though it wasn't the most realistic handling, it was lots of fun. But they've promised that in the F1 games (not sure if this quote is for F1 2010 for 360/PS3, or if it includes wii version) they will have an arcade mode and a simulation mode. We'll see how that goes. 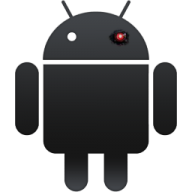 To boldly go where no man has gone before!

I sure wanna try that. 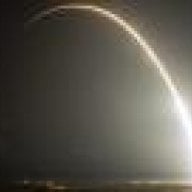 Dying to play this. This is the very first licenced F1 game with Hammilton in it and the first game to feature a night time course!
The previews look sweet.
Lets hope its better than Dirt 2, Dirt 2 was good in its own way but without force feedback pulling the wii remote it felt dodgy.
Not bad graphics but when your car was 'dirty' it just had a orange haze mapped over the bumpers. looked bad.
Love F1, fingers crossed its a winner.

I'm dying for this myself, and the long wait until the middle of march for the F1 to return just makes it harder so this should keep me happy till then

Does anyone know if this will support gamecube controller? From what I have read it seems doubtful, but I am hoping, since it has the analog triggers and the classic controller doesn't.

I'm almost anticipating this game more than NSMB, because i'm a huge f1-fan !(not literally huge).

I love F1, watching on TV everytime live, but i hate F1 games (maybe cause i'm bad at any driving game except Burnout for crashing

So IGN has the UK review up, seems like a poor game saved by the gameplay, so at least they got the important part right, and also no mention of gamecube controller support :-( Does anyone know if the classic controller just supports analog on the joysticks? or is it on the triggers too, a la xbox, gamecube, dreamcast, etc?

I'm a bit dissappointed by that score. Atleast the gameplay seems to be solid. I think it's supposed to support the classic controller but not sure about the GC controller support.
J

Eurogamer.net gave it an 8. I am thinking I am SOL about the gamecube controller, now if I could only find the game.

Hopefully we see a dump soon, so we can see for ourselves how good/mediocre this game is.
I'm not expecting too much, can't be disappointed that way.
J

Agreed, it seems a lot better than Dirt 2 (I actually liked that game a didn't think it was too bad other than when the frame rate tanked), it's actually the only game I have played from start to finish. So if it is a significant improvement on Dirt 2 add that to the fact that it's licensed F1 and not some unnamed Rally crap, I think it could be my new fav game.
D

The reviews are about what I expected. I'm happy to read what they said about the gameplay/controls... which is good. I'm looking to see the dump soon so I can get my F1 fix... but all that matters is it's good enough to hold me over until the Xbox 360 release of F1 2010.
J

Yep the truth will be in the tasting, I have place a request for the game at a couple of places, but if you get a hold of the dump could you let me know.
K

I am getting the Icon-F1 as we speak

It's on my torrents site too, hopefully the scrubbed version appears soon and isn't too big!