Heyo,
I've got an EFA on it's way to me in the post, and I always like to be prepared so I just want to know what apps I'm gonna need in advance.

Firstly, is it ok to use NDSTokyoTrim on GBA games for the EFA (NDSTokyoTrim does trim GBA games, but is it compatible with the EFA)?

I got a bit confused with the save system, there seem to be loads of different save types for GBA games and from what I've read, the EFA is compatible with a lot, but is it all of them? IE. are there some games that will need patching for the EFA to save properly?

I'm not fussed about Pokemon, but my friend who is also ordering one is (for her GBA) so how does the RTC work exactly, do you have to set it once until the battery dies or everytime you want to play Pokemon? Also, are there any other games with RTC features and does the RTC set itself on the DS (what I'm gonna be using)?

One other thing regarding saves, let's say I have 16 4MB games on there and they all use saves of some kind, will there be space for all the save data? If not, is there any homebrew I can use to get around that limitation?

Anyone? I've tried to do as much research and tinkering as possible before I actually get my EFA, but I can't play around with any of the client software options without an EFA plugged in and I dunno about the rest.

Some of you must be using EFA Linkers, what software do you use? 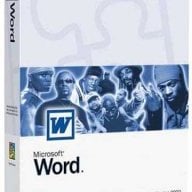 The client automatically allocates space on the cart for save files. I don't know of any hack or software to lessen the amount of space for a save file (but they are very small anyway).

My cart doesn't have an RTC!!! But if yours does, you should just have to hit the sync button on the client software while the cart is plugged in and it syncs the RTC with your comp's time setting.

E
Best solution for a GBA cartridge to play a ROMhack that isn’t an EZ flash or Everdrive?

A moment ago
Chat 4