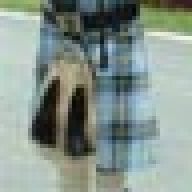 I was asked by a friend to mod his Wii with a modchip.. I opened it up and it was D2C.. I ordered a D2CKey with FlexPCB adapter, but once I got it I noticed two things:

- it is impossible to solder the D2CKey unless you have something like a .3mm tip on your iron. Where can you buy an iron with such a small tip? Is there anywhere that sells a 'mod pack' of items specifically for modding (small-tipped low-watt iron, slow melt solder, flux, wires)..

- after a quick scan of the board here, apparently there is a newer D2C chip out that is better than the D2CKey.. D2CKey's website say they are the only modchip for D2C.. Is it not compatible with the newer games? I don't want to get into a 'support' role with this wii ("hey, this isn't working with this game!")..

you will need a 12watt iron with a fine tip. i use the weller wm12 with point tip.

the d2pro/argon are newer chips with less wires, but all games work on d2ckey for now, and its also the most stable chip.
H

actually unless i'm missing something or nobody with a d2ckey with SSBB jap working is just not posting.... last i knew SSBB jap DVD9 release does not work with d2ckey? they get the white screen w/ green text error from everything i've seen, has there been any confirmation that it works on the d2ckey? (if so link please, i like a good read

I have a weller 12w pencil iron, but it has a chisel tip.. where can I get a super-fine point tip for it?

If I install this D2CKey with the FlexPCB adapter, can I just unsolder the modchip side of the flexpcb and put on a newer chip (D2CKeyPro?)? I'd hate to have to solder all those surface mount chip pins again..

PS1/2 PS2 modchip installation but solder mask has scraped away...

Tutorial OLED HWFLY Success! Be careful with that LCD Connector, How I replaced mine.

@ The Real Jdbye: @KenniesNewName no the S stands for Stealing your data 33 minutes ago
Chat 0