As you know I've just recently completed my third month at JJB Sports. And aside from my boss occasionally being so gripped by paranoia that he mistakes all the workers for mutant overlord octopi, and one of the staff members being under the delusion that he can boss me around even though I outrank him, it's going pretty well. Unfortunately the same cannot be said for the company as a whole. Due to several staff members unexpectedly walking out today never to return, the Luton store has been left nightmarishly understaffed as their only remaining experienced staff are on vacation. Ergo it falls to me to fix things. I'm being sent to Luton to sort the place out tomorrow and Monday. Long travel time, unfamiliar environment full of people who must be incapable in order for me to be needed, being up at stupid o'clock in the morning, it all sounds utterly delightless. Still, it's money in my pocket. I'll only actually be working for about 9 hours of the 13 I'm getting paid for so that's a plus. It'll be tough and exhausting, but at least I have the weekend off to recover between shifts.

- The report I wrote regarding the problems at work was obviously well recieved as most of them have now been attended to. I also pointed out the intolerable attitude of one of the staff, and it would seem he was made to do all the hard work. Serves you right for pissing me off, douchebag.

- My rather retarded ex girlfriend called my mobile last night. She claimed she was calling from my old job agency to ask if I was still working at JJB to keep their records up to date. There are several glaring flaws with that, such as:

1) I left the agency nearly four months ago, why would they suddenly check up now?
2) They don't have my mobile number, it's been changed since I left.
3) The call came in at gone 7PM, the agency would have been closed for nearly 3 hours.
4) I was dating this girl for nearly three years, I'm pretty sure I can recognise the voice.

All this can be summed up in one question: How thick can you get?

- Golden Sun should be out soon, right? Kinda shocked it's not been dumped yet. Just watched the GT review and it looks pretty fuckin' sweet. I loved the first Golden Sun so much that when the second was released I took the day off school to go get it. Could have been a bit more tactful with that one though. IE: booked it off in advance instead of getting a text from Gamestation half way through a lesson and walking out, telling the teacher I'd had enough and was going shopping. I was a cheeky bastard in my youth

- I have cake. Battenburg. And a chocolate donut. Yum.

- My gloves from eBay STILL haven't shown up. If they're not waiting for me when I return from Luton tomorrow, I'm reporting the dick head for non-delivery. This is taking the smeg at this point. Said to allow up to 3 weeks for delivery. He's had at least 5.

- Still only half way through my Futurama box set. Plenty to watch tonight so I can take it easy.

Well, I need to be in the centre of town for 7:30 tomorrow morning. Ergo I'll have to leave here at about 6:50, meaning I need to be up at about 5AM. As I require at least 8 hours sleep before a long shift like this, I'm calling it a night now, which gives me roughly 3 hours to watch a bit more Futurama and eat cake before I have to get some sleep. Toodles

So~ basically, you've kinda been promoted? One of my teachers lives in Luton

*Remembers quote at the bottom*

No one deserves to go to Luton. Its the kind of place which makes you slit you wrists.

emigre said:
No one deserves to go to Luton. Its the kind of place which makes you slit you wrists.
Click to expand...

emigre said:
No one deserves to go to Luton. Its the kind of place which makes you slit you wrists.
Click to expand...

Having only just got back from teaching them what a clothing display is supposed to look like, I'm inclined to agree.

TBf teh name Luton just creates images of dread in your mind.

Wow. The crazy ex girlfriend sounds like somebody i used to know.

So did you call her on the idiocy, or did you mess with her head instead?

Similar thing happened to my boss at WHSmiths. She got called one of the Aberdeen stores because it was a mess, behind on paperwork etc. to try and sort the place out. Apparently it was a real shambles, doing magazine returns she had 13 bundles from only a couple of metres of shelving a lot of them should have gone back ages ago I think...

Vulpes Abnocto said:
Wow. The crazy ex girlfriend sounds like somebody i used to know.

So did you call her on the idiocy, or did you mess with her head instead?
Click to expand...

Messed with her head. It's tradition when the dumb bitch calls me up crying for attention. This time I actually just ignored her, but when I went out today I left my phone with my friend Amelia so she could answer it and mess with the ex. The fact that Amelia's pretty and hangs out with me all the time is usually enough to piss the ex off, but Amelia has ways of totally screwing up anyone's head. I'll let you know exactly what was said in the morning when she brings my phone back. 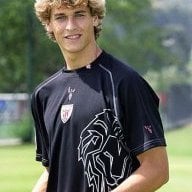 Back to Luton in the morning. Thankfully I've realised how excutiatingly dull the journey is so I've taken precautions. Notably recharging and fully restoring my PSP's memory card, swapping over worthless files for a few new things. Got myself a copy of the new Harry Potter film on there (a fuckin' steal at less than 200MB) and a few new games.

Pity I can't actually play any games right now. I got together with my companions and went on a bit of a Black Ops sesh last night, and by the time we'd finished shooting each other in the face my right hand was so badly cramped up I could barely move it. It's not feeling all that much better today so I've taken a break from gaming for the day.

The good news is that on my lunch break in Luton tomorrow I can go to their CEX store with a few of my old 360 games and trade them in for a rare treasure or two, they've got some good stuff in there. Might sell Red Dead Redemption while I'm there, get the cash for the new Bill Bailey dvd. Not how I'm supposed to use my lunch break, but whatever.

Any other soldiers? (new current or old)

@ Veho: I thought they were trying to prove that he was a reptilian. 8 minutes ago
Chat 2