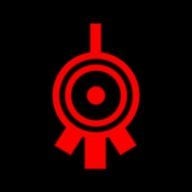 As the title says, whats a really good 500$ laptop i can get at amazon?
Im getting this for a girl that i like(and she likes me too!)

Thanks! I really am liking this option! But just to be a bit optimistic are there any quad core ones that are below 500$ and good?

Thank you HP!
And you Fudge!

...Does she really need a quad core laptop?

Originality said:
...Does she really need a quad core laptop?
Click to expand...

Last time i used a dual core laptop, it was slow as hell.

Dual Core is enough, trust me. I've got an Intel i5 which gives me plenty of power to render HD videos quickly and play games decently at high res.

Jamstruth said:
Dual Core is enough, trust me. I've got an Intel i5 which gives me plenty of power to render HD videos quickly and play games decently at high res.
Click to expand...

Specs please.
Edit: Sorry if i sound like an ass

Let's say that the task is baking a cake. You have to mix the batter, then bake the cake, then decorate it. These three steps cannot be done out of order, you cannot do two or more at the same time. You have to do the first step, then do the second, then the third... so more cores (more people cooking) wouldn't speed it up.

However, if the task was making spaghetti, then multiple cores could speed it up. You could have one person cooking the sauce, another cooking the meat, and a third cooking the noodles, all at the same time. Three cores are being used, the entire process is almost three times as fast as cooking them all in order one at a time.

In order for a program to get a speed boost from multiple cores, two things must be true. It must be doing a task that can benefit, and it must have been coded to use multiple cores. A program does this by spawning multiple threads, and having complex control code to synchronize the actions of the threads to make sure they are running and communicating with each other properly. This is a complex thing to be built into a program's design... so a lot of the time a program won't be able to use multiple cores because the programmers are not willing to spend a large amount of time rewriting the core of their program. This is especially true if what the program is doing will not get a boost from multiple cores in the first place. With the way some programs run, multiple-core support on a single-core processor will actually make things slower, so in some programs you need to go into the options and enable multi-core support (threading). However, most current games do not benefit from more than 2 cores, and none benefit from more than 3.

The amount of performance gained by the use of a multicore processor depends on the problem being solved and the algorithms used, as well as their implementation in software: see Amdahl's law. For so-called "embarrassingly parallel" problems, a dual-core processor with two cores at 2GHz may perform very nearly as fast as a single core of 4GHz [1]. Other problems though may not yield so much speedup. This all assumes however that the software has been designed to take advantage of available parallelism. If it hasn't, there will not be any speedup at all. However, the processor will multitask better since it can run two programs at once, one on each core.
Click to expand...

In addition to operating system (OS) support, adjustments to existing software are required to maximize utilization of the computing resources provided by multi-core processors. Also, the ability of multi-core processors to increase application performance depends on the use of multiple threads within applications.
Click to expand...

So just because a processor has more cores does not mean it is always faster.

But things are still faster on a dual-core processor than a single-core...
Why is that? Because multi-core processors a newer and have a better architecture than older ones.

So it's 100% possible for a processor with LESS ghz to be better. More ghz does not mean the processor is better in every case. Only when comparing two of the SAME processor.

Ghz is like RPM in cars. It describes how fast it's cycling. How much it does per cycle, however, varies between processor models, like it depends on what gear you're in in a car.

Let's say you have two cars, both in second gear, doing 4000 RPM. One of the cars accelerates up to 6000 RPM, in the same gear. It is now going faster than it was previously.
If the second car kept accelerating to the point that it changed gears and dropped down to 3000 RPM, it would appear to be going slower (if you only compare RPM values), but it's going faster than the first car.

The reason people think that a higher ghz rating means a processor is faster is because of this. If you raise the ghz, the processor will be going aster than it was previously. However, when comparing two different processors, you cannot compare them by just ghz.

That's how processors are. If a processor can do more per cycle, then it can cycle less, while still doing the same amount or, or more work. The advantage of a processor cycling less is that less heat is generated, and less power is used.

Modern processors which have multiple cores are newer than older ones which have a single core. The newer ones are more efficient, generally doubly or more. People have looked at newer processors, thinking that GHZ is everything, and wondered why a 2ghz processor beats a 3ghz one, see that the 2ghz one is dual-core, and assume that was the reason, when in reality it's because the dual-core was newer and more efficient.
EDIT: Meant to spoiler that, not quote.

Jamstruth said:
Dual Core is enough, trust me. I've got an Intel i5 which gives me plenty of power to render HD videos quickly and play games decently at high res.
Click to expand...

I'll admit that graphics card helps a lot when it comes to video rendering and stuff. But the CPU is zippy enough to handle a lot of stuff. You do not need a quad core processor. Especially for a girl that's probably just going to be using it for Office and Facebook (I'm generalising but with a $500 budget that's all you can hope for).
I'd say look for a Core i3. My parents own an Acer machine with a Arrandale i3 in it. It performs everything they want in a laptop i.e. internet browsing and office.

Originality said:
...Does she really need a quad core laptop?
Click to expand...

Last time i used a dual core laptop, it was slow as hell.
Click to expand...

Everything I want to say about that... Rydian and Jamstruth just said.
R

I've always found AMD to be a little slow but if you must have a quad core.

...Couldn't you know.. buy her flowers or chocolates or dinner? A frickin laptop? Man, I'd hate to see you if the day comes she gets a new BF.
Reactions: 1 person

I got mine a DS. We then spent the next year playing coop games on it. Flowers last a week, chocolates last a day, dinner lasts a couple hours. At least a laptop will last 3 years.

Misc Oldies any good old school pc games for a 2012 laptop with a low powered cpu?