3 New Countries Created In The Pacific From Dutch Territory

The new island cities are:

The island cities will be known as the BES islands. Quiet a few things will change after this move, some of the countries will get a new currency and some will change their old currency to the US Dollar, which is the most common currency among Caribbean states. The highest mountain in The Netherlands is no longer the Vaalserberg (322.5 meters above sea level) near Vaals in the southern part of The Netherlands but it will be Mount Scenery (877 meters above sea level) at the island city of Saba. An initiative by the shop owners and business owners from Vaals in The Netherlands will soon travel to Saba to place the original engraved stone plaque of the highest point in the Netherlands on Mount Scenery as tribute to the 10-10-2010 reorganization.Crown Prince Willem-Alexander and his wife Princess Maxima der Nederlanden were present at the various islands. The new mayors of the new island cities were given their Chains of Office during the festivity weekend. And in the new countries the new[/p]

The BES islands? Sounds so imaginative, somehow. Can't think why.


I wonder how they'll grow.

I can see why they didn't call it BSS...

Man... why'd they do this? This is just bull. So now the Dutch people have to pay more tax? How retarded. 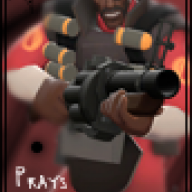 Location
At a Computer

You would think such an article would have less spelling errors.

But I guess it would be easier to control smaller countries rather than one single large one.

Makes sense due to the Dutch are apart of NATO and the fact that the islands are partially controlled by the dutch.