Hardware Will this external hard drive work with a modded RGH Slim 360? 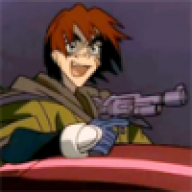 Sorry if it's a simple question, but I could really do with it answering ASAP. They're almost out of stock and if I'm going to get my 360 RGH'd I could do with knowing if this hard drive works. I'd love to use it for playing backups, emulators, and videos with that media player. FFPlayer, or something? Although apparently it doesn't support MKV subtitles which is a shame. Anyway, thank you, especially if you can answer this quickly!

Edit: Also, I know it's probably a very obvious question, but I assume all of my saves will be on my main 360 drive (250GB), so if the external HD fails I won't lose any saves.

If you plug it into the back then it would work without a hassle.
On the front idk tbh..

I rather prefer to have everything internally.
It saves space and allows you to load everything faster then USB.
Reactions: 1 person
P

As long as it's a externally powered drive then it should work fine.
Reactions: 1 person

yes, ur saves should be on the internal hdd, so u won't have to worry about that.
Reactions: 1 person

Okay, I've got it now. I've got a bad feeling that it will only work with FAT32 on my Xbox 360, even if I get RGH and the FreeStyle dash. The problem is that I'd also want to use the external hard drive with my computer. I heard that only 720p films will work on the 360, so I was going to put 720p films in one directory for use by my Xbox 360, and then 1080p films for my computer. The problem is that whilst 720p films are often under 4GB, often 1080p films are over that. So it seems I might be screwed if I want to use its 2TB to its full extent.

I knew the Xbox only supported FAT32, but I thought the 360 might support NTFS. Ah well.

360 internal drive is formatted to FATX just like the old Xbox.

I haven't seen a homebrew plug in that supported NTFS for 360's.
Besides you can stream videos to the 360 via Media Center.

I wouldn't want to use media centre. Firstly, as far as I know, it supports what WMP does, i.e. it doesn't have the flexibility VNC does and I don't want to install over 9000 codecs. Also I don't want to have my computer turned on whenever I want to watch films. I got the 2TB HD for a reason aside from games, and I know that the 360 has a working media player app. Doesn't the 360 support FAT32? I guess that limits me further so if I can't just transfer data easily to my external hard drive from my computer. Ehh, even the Wii supports FAT32 and also has a filesystem created by homebrew devs. I get the feeling the Wii homebrew scene is quite far ahead.

Thanks for your help, though.

Edit: I think I can see now that it can be formatted to FAT32. That doesn't resolve the problem of not being able to add > 4GB files though. Is it possible to make two partitions? I guess not with different filesystems...

The Wii scene is indeed far ahead cause it's way easier to hack.