Which edition of COD:BO will you be buying? 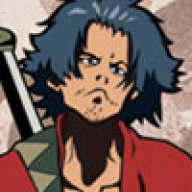 I'm finding it difficult to decide on whether to buy the Standard or Hardened edition, myself. The Hardened edition has a really cool SteelBook case and a medal, but the avatar and 4 maps I could care less about. The Prestige edition just looks like a complete waste to me; that RC car has no use unless you are literally spying on other people, which is a tad bit creepy and most likely illegal.

Which edition are you getting, if any?

None. I prefer good FPS.
I might rent it for shits and giggles, but I still have a large list of other games to rent.

COD:BO is meant to be one of the best FPS ever. So I really can't understand were you are coming from.

To be fair, Black Ops isn't out yet so we can't judge what the game is like without playing it first. Modern Warfare 2 was the first COD game which I played online, and after a couple of weeks I realised that it was quite unbalanced for various reasons. Black Ops seems to have addressed these balance issues and added a decent amount of interesting new content (especially wager matches) that should result in a more robust package. I certainly wouldn't call either BO (from what I've seen) or MW2 a bad FPS, though.

Though you haven't played it yourself? I beg to differ

One of the best FPS's ever? Where'd you pull that out from? Black Ops isn't even out. I don't know where your coming from.
I'll probably just get standard edition.

There was a video my brother found on youtube. It's a player from Halo Reach playing Call of Duty and he sneaks up behind a player lying down and decides to no scope him. It barrel is directly at his body and the sniper misses. He keeps trying but can't get him and dies. The points is, the sniper missed from that close. If the new one is going to be like that, then screw it.

I already paid for the prestige edition. It's going to be sweet. 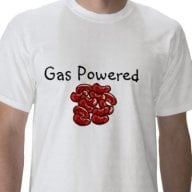 None. Don't care for Treyarch and I've given up on COD.

I understand "COD", but could they have named it something different than Black Ops? That translates to "BO".

I'm getting the free edition 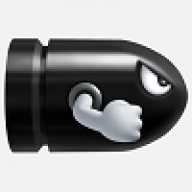 Standard edition. No real reason to pay a ton extra for all of the collectible crap if I plan on tearing the packaging to shreds to play the game and ruining their collectible value.
D

Hardened I want the maps!

Eh, judging from the leaked beta footage, gameplay looks exactly like Modern Warfare 2. It's gonna get campy, and some weapon in the game is likely going to break the game like the Noobtubes and Akimbo Model 1887 did in MW2. So... probably not buying.

I can't see them changing pretty much every aspect of CoD to actually make it a good FPS.
The best i've heard BO has is a version of Gun Game, which is a direct rip-off of an old and very popular CSS game mod.
All it'll be is the same old no-skill twitch-shooter with ridiculously straight shooting guns and killstreaks. Yawn.
The only reason they even make new CoD games these days is because they know droves of 'people' will pay a bunch more money for the same old crap with a few new things tagged on. Oh and a new story, ahah. I say story very loosely.

Also considering how much people hated World at War "because it's made by Treyarch", i'm curious how or why BO has been hyped so much.
[/rant]

Hells Malice said:
droves of 'people' will pay a bunch more money for the same old crap with a few new things tagged on.
Click to expand...

Not to mention, Call of Duty fans have the habit of complaining bitterly about anything the developer changes with each new game. So, in essence, they want new Call of Duty games, but they want them to be exactly the same as previous iterations.

But then again, I suppose that's how a lot of people are about a lot of games. So much negativity over trying new things out. (COUGH-Other M) 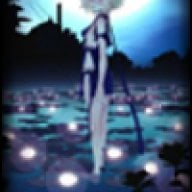 @Hells Malice Who hated WaW? There are many people still playing that game now. And pretty much how you described CoD is all FPS games...

I got a question, will the wii version have different versions also b/c if they do then i'm getting the prestige version for the extra 4 Zombie Maps :XD

Here is why I like CoD.
1) It is fast paced.
2) Allows for people to put together a clan in relative ease.
3) Doesn't require an expensive computer to run.
4) Fairly balanced PvP (Black Ops is claiming to be the most balanced CoD yet, but we'll see)
5) Anyone speaking trash into the mike, you have a chance to make him regret those words.

Honestly, without a dedicated computer to run superb FPSs, CoD is the Average Man's FPS so to speak. Each iteration actually brings more fun in my mind. Half the battle is learning the ropes. After getting enough skill to be average, it get's a whole lot more fun. People also hate on it because it is popular. You don't see me running around calling CS trash? I have actually played it, I am just not on a great computer, and have a lot less skill because of a physical disability. This means I cannot play on M & KB effectively because when I get adrenaline pumping, I start to twitch, and in the process hitting other buttons unintended, and hitting buttons too fast. No, the main reason its hated on is because it is popular.