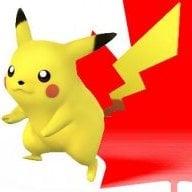 wlll this card work on my supercard dstwo?

Note that You don't really need class 6 for a DS

Ferrariman said:
Note that You don't really need class 6 for a DS
Click to expand...

I am buying for my camera/phone and ds lol 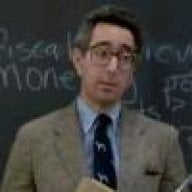 pikachu945 said:
wlll this card work on my supercard dstwo?

Should work just fine on the DSTwo.

wlll this card work on my supercard dstwo?

personally I don't stray away from the brand names (kingston, sandisk, etc) because they're reliable

Newegg? That's where I got mine.

Rayder said:
OK, I got the card and ran some tests. Seems to be working fine in the CycloDS....boots new games and creates the saves just fine, pops into the enhanced menu within 2 seconds, boots UMK with or without a save file (long story

) and pretty much acts just like my old 8gig. Unfortunately, the response time isn't fast enough for Castlevania PoR though it's still got a faster response time than my 8gig does.

Both cards had the exact same format style (FAT32, 32k clusters) and files wrote to it...about 5.5GB worth.

So, I didn't get PoR to be fully playable, but everything else I tested worked fine. The Ridata is MUCH slower to write (actually slower than its Class 6 rating would suggest), but is about the same speed at reading. So defrags (copy to PC, format SD, copy everything back) will take longer on the 16GB card, but the response time is 0.7ms faster. Which essentially means I doubled my card space and that's about it. While the slightly faster response might help, I don't really feel it's significant since PoR still requires an even better response time to run properly.

I can live with it. If I ever bought another 16GB microSD, it probably wouldn't be a RiDATA though. 5.5MB per/sec write speed is too slow for what is supposed to be a Class 6 card and the response time isn't good enough for the "problem" games. But otherwise, I'm no worse for wear coming from my old 8GB and I doubled my free space.

It's certainly better than the one Transcend 8GB Class 6 I bought a few months back that had great read/write speeds and 0.8ms response times, but was flaky and unusable in the Cyclo.....even though it works fine in my cell phone. At least this 16GB works properly in the CycloDS.
Click to expand...

@ Psionic Roshambo: I wonder if it works on 10 lol A moment ago
Chat 6