Hacking What is the point of VHBL on henkaku? 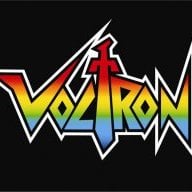 Question is in the title. Yes, it's probably a noob question, but from what I gather, VHBL allows psp homebrew but no launching of psp isos. So what is the point if this is basically homebrew limited to psp mode when we already have vita mode?
Is there something I'm not understanding? I just don't understand the point of installing VHBL. Someone please explain. 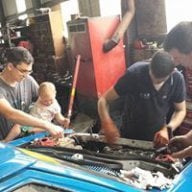 There is already a bunch of existing PSP homebrew to use, maybe no one will want to port any over so is something to have that gives more variety and access to more stuff. If you had henkaku which is very new, with no other things, is just basic and new. But having access to somthing that is over 10 years old makes it more of a thing to even consider having until new henkaku homebrew is developed.

Perfect example is wii u, if it had no wii mode for playing over 1000 wii games and the low title count of less than 300 games for wii u that exist, wouldn't that be disappointing?

Vita mode only has retroarch for the most part. Until people start making non retroarch emulators its best to just use vhbl emulators, for now at least. Similar issue with 3ds with the main non retroarch emulator being worked on to my knowledge is snes9x. Also homebrew like pspr, a dance dance revolution clone, is only playable in psp mode since there no homebrew of something like that for vita mode.
Last edited by cvskid, Sep 2, 2016
Reactions: Jimboski206

It's literally so you can use user-mode PSP homebrew on the Vita. Whether or not you find utility in that is down to you.
Reactions: Tony_93, V0ltr0n, Cortador and 1 other person
M

Vita emulators are still in their infancy with little optimisation. VHBL is at least useful for playing aggressively optimised (read: speedhacky) emulators from the PSP. You might find that more useful for the time being.
D

It's only a matter of time before the developers of the emulators tap into the additional resources that are used for Vita games. Thanks to HENkaku now they have access to a lot more power than the PSP ever had.

Well, not just time that's needed... but also willingness, and access to the homebrew project's source code (if they still have them).

The "point" of VHBL is to increase compatibility.


...compatibility with PSP homebrew, in case that wasn't clear.
B

I'm loving retroarch at the moment I have vhbl in case something goes wrong with henkaku. one of my vitas accidentally updated but the vhbl bubble still works
A

adamnewy said:
I use it for the N64 emulator.
Click to expand...

Which n64 emulator and hows the compatibility?

Thank you all for the replies. This cleared things up quite a bit. I wont be needing vhbl since i still have my psp, but i am still thankful for the knowledge.

P
I am new to PSTV, please some help VitaShell OFFLINE solution ?